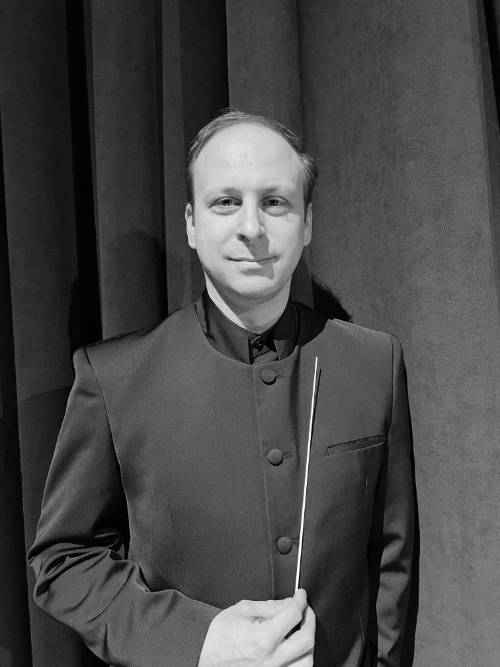 Dr. Robert Schwartz is the Director of Bands at Southeastern Louisiana University. At Southeastern, he is responsible for guiding all aspects of the band program, which include conducing the Wind Symphony and Symphonic Band, as well as directing The Spirit of Southland Marching Band and Pep Band. In addition to his responsibilities with the band program, he teaches instrumental conducting classes.

Prior to his appointment at Southeastern, Dr. Schwartz was the Director of Bands at Central Connecticut State University and Visiting Director of Bands at Washburn University. At both places he was in charge of overseeing all aspects of the band program with both concert ensembles and athletic bands. He also taught classes in Conducting, Orchestration, Instrumental Music Education Methods and Enjoyment of Music. He was also the Assistant Director of Bands at Drake University. Dr. Schwartz completed his Doctor of Musical Arts degree at the University of Colorado Boulder. At CU, his primary teacher was Dr. Donald McKinney and was involved with all of the concert ensembles and athletic bands. His dissertation project included an extensive document on the Recording Projects of Eugene Migliaro Corporon. Other research projects included a repertoire project focusing on works for choir and band as well as vocal soloist and band from 2000-2015 and a transcription for winds or Ola Gjeilo’s choral work, Phoenix.

Dr. Schwartz received his Master of Music degree from the University of North Texas where he studied with Eugene Migliaro Corporon. He was also a part in a number of recording projects as a production assistant with the North Texas Wind Symphony and North Texas Symphonic Band. He has written the liner-notes to several of the North Texas Wind Symphony Windworks discs. During his time in Denton, he was one of the assistant conductor for the Lone Star Wind Orchestra for three seasons and was involved with a variety of aspects of the organization. He was one of the assistant producers to the Lone Star Wind Orchestra’s disc, Converging Cultures. Additionally, Dr. Schwartz has published articles in eight of the Teaching Music Through Performance In Band series.

A native of Pittsburgh, Pennsylvania, Dr. Schwartz received his Bachelor of Science degree in Music Education from Duquesne University. While at Duquesne, he studied conducting extensively under Dr. Robert Cameron. After graduation, he taught middle school and high school band at Center Area School District for four years.