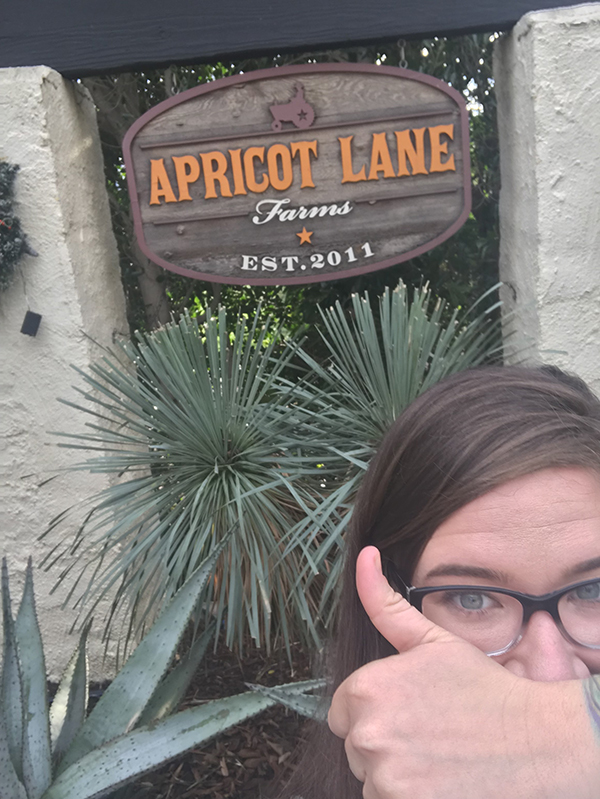 Southeastern graduate Ashton Herron, who graduated with a Master’s of Science degree in Applied Sociology in May of 2016, recently became the new Farmers Market Representative for Apricot Lane Farms in southern California. Ashton’s primary responsibility as a market representative is to help the farm grow its presence within the community. Ashton also helps with post-harvest activities such as packing and ‘prepping’ for the farmers market held by Apricot Lane.

Ashton has excellent experience with farmers markets. During her tenure at Southeastern, where she developed a love for environmental sociology, she served as the Market Manager for the Hammond Farmers Market where she turned it from a small, primarily craft based market to one of the most successful markets in the state which now hosts a plethora of organic and sustainable food vendors. When Ashton came on board in Hammond she had to beg natural food vendors to come to the market. When she left, vendors were begging to come to the market.

Ashton developed a passion for environmental sociology and food issues in particular as an undergraduate at Southeastern. She feels that through food we can develop rich communities, local economies and environments. What does she think about her new job? “It’s amaaazing!”

Apricot Lane Farms, known as the “Biggest Little Farm,” is located forty miles north of Los Angeles, California in the city of Moorpark and has become one of the major traditional food farms in North America. The farm’s mission is to produce nutrient- dense foods while treating both the Earth, and the Earth’s creatures, with respect.

Apricot Lane Farms has become so popular that a major film about the farm is set to be released in the spring of 2019. Check out the trailer here.