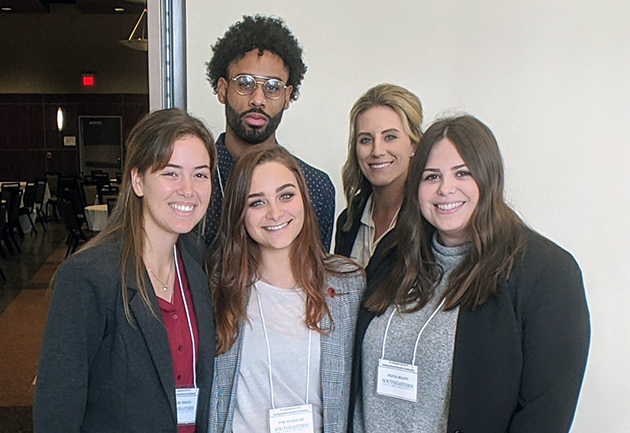 Their research consisted of two studies: one examining the relationship between gender, media, and fear of crime and the other exploring a new methodology for measuring unconscious biases of who is the “typical” marijuana user.

As expected, the first study showed that fear of crime was greater among women compared to men. What was new, however, was that men exposed to crime news on social media reported higher levels of fear of crime—similar to those reported by their female counterparts.

The study of unconscious bias suggested promising new directions for understanding perceptions of the typical marijuana user. As part of this study, participants were asked to draw pictures of the typical marijuana user. These renderings were then compared against those produced for other substances, such as alcohol and tobacco. Darren Quiett plans to further refine this methodology as he pursues his master’s degree in applied sociology.

These presentations were impressive and well-received, producing lively and thoughtful discussions among students, faculty, and everyone else in attendance.