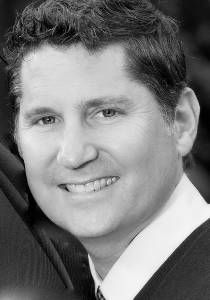 His responsibilities have included the administration of the Media Rating Council (MRC) accreditation process, implementation of a comprehensive internal quality auditing department, management and prioritization of Nielsen's investments in television currency products as well as coordination of Nielsen’s Global Metering Initiative.

Daniel has almost 30 years’ experience in the media research industry having started his career in 1988 as Research Manager for VNU’s Birch/Scarborough Research. He has also served as Product Manager for International Demographics and Vice-President of Research and Methodology for ADcom Cable Ratings.

He earned a BA in Marketing in 1987 and an MBA in 1988, both from Southeastern Louisiana University in Hammond, LA. Daniel served on the Board of Advisors for Southeastern Louisiana University’s College of Business from 2002 to 2009 and was the recipient of the 2003 Distinguished Alumnus award for SLU’s College of Business.  From 2007 to 2011 he served as a mentor with the University of South Florida’s mentoring program and participated on USF’s Board of Advisors. Daniel has published numerous industry related articles with the ARF and ESOMAR.