Barbier selected as Southeastern Alumnus of the Year 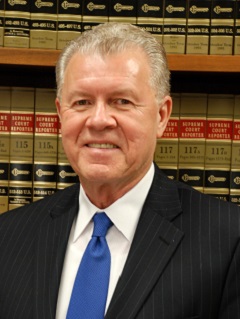 A judge on the United States District Court for the Eastern District of Louisiana in New Orleans has been selected as the Southeastern Louisiana University Alumni Association 2022 Alumnus of the Year.

The Hon. Carl J. Barbier, a 1966 graduate of Southeastern, will be honored at the Alumni Association’s annual awards evening this fall as part of Southeastern’s Homecoming Week.

A New Orleans native, Barbier was nominated by President Bill Clinton in April 1998 and sworn into office on Oct. 12, 1998.

“Judge Barbier is well respected in the legal community, a brilliant and accomplished judge who has had an exceptionally dynamic legal career,” said Executive Director of Alumni Relations Michelle Biggs. “He has been so supportive of the university that the Awards Committee felt very strongly he deserves this honor.”

As a federal judge, Barbier has handled a number of large, complex cases, including the Deepwater Horizon oil spill litigation that involved tens of thousands of cases arising from the largest oil spill in the history of the United States.

Barbier served for seven years as a member of the Judicial Conference Committee on Defender Services, which oversees the operation and budgets for all the Federal Public Defender Offices in the United States. He previously served as a member of the Fifth Circuit Judicial Council. He also serves on the Judicial Advisory Board for the Emory Institute for Complex Litigation and Mass Claims.

Honors for Barbier include the “Thomas Jefferson Justice by the People Award,” presented by the American Board of Trial Advocates; the “St. Ives Award” as the Loyola Law Alumnus of the Year; and the “Distinguished Jurist” award, presented by the Louisiana Bar Foundation.