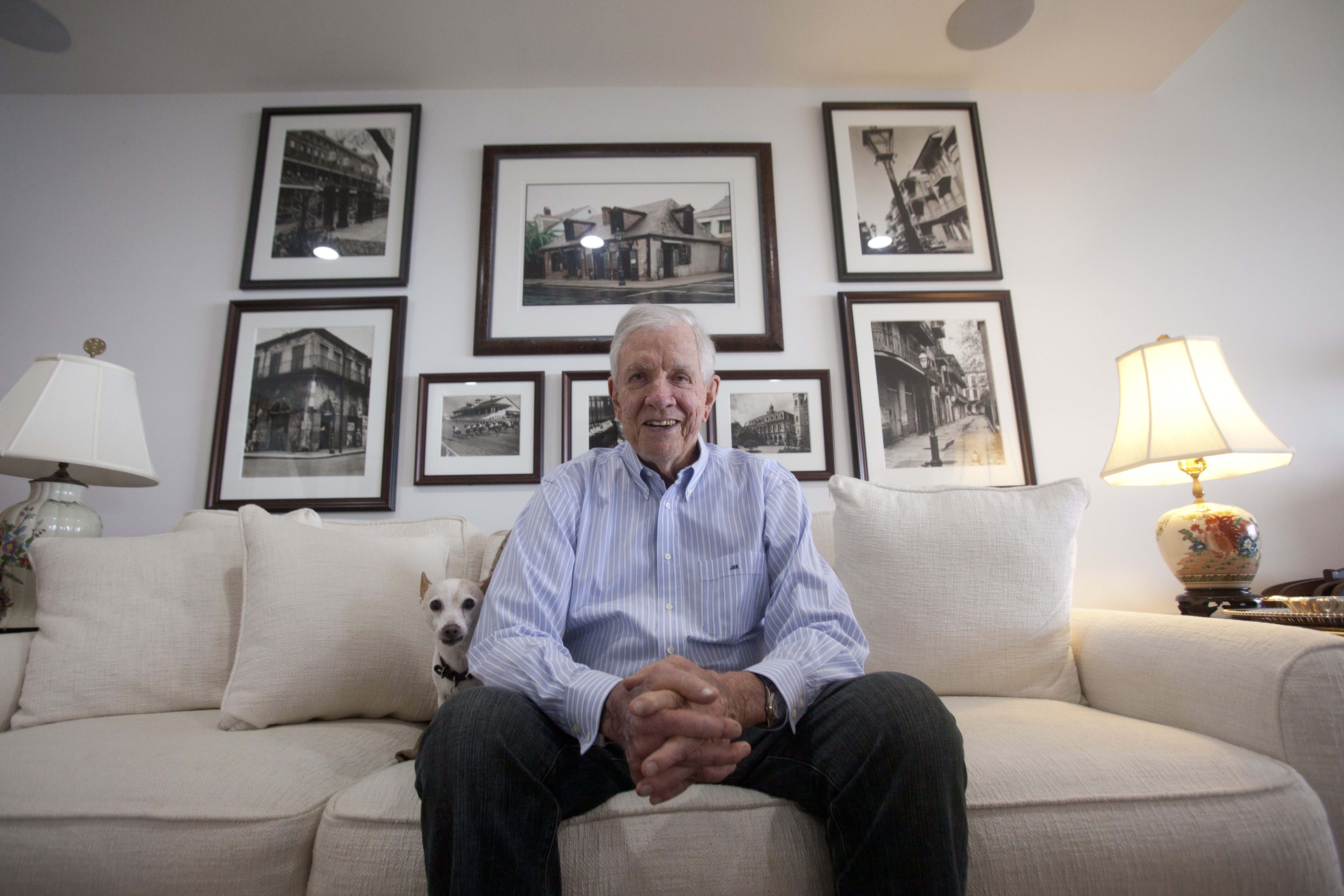 What makes success? What mix of nature, nurture, surroundings, and events come together to create a person’s life? Most importantly, once successful, what does one do with that success?

John Regan, a 1969 business graduate in marketing, considers these things as he reflects on his life to this point.

“Over and over I think about just how truly blessed I am,” he said as he looked off the balcony of his home atop the building he lives in on Walnut St. in New Orleans that overlooks both the Mississippi River and Audubon Park with views of downtown.

John considers his road to success and thinks back to his days at Southeastern.

“It opened up my life to opportunities to do what I wanted to do. It provided a launching pad for my career in the financial industry,” said John. He noted that some of his professors had a major impact on him.  Mac Mitchell was one of them. “I was not as outgoing as I am today.  Mitchell taught his class in a very interactive way. He got you participating in class.” This helped John become more outgoing and find his ability to eventually lead others.  Another was Odies Ferrell. Today, Dr. O.C. Ferrell is the JamesT. Pursell Sr. Eminent Scholar in Ethics at the Harbert Collegeof Business at Auburn University. John noted how challenging Ferrell’s tests were and how it seemed the entire class struggled. “His tests were so hard he always had to curve the grades significantly," he said.  The challenging level of this class encouraged John to be creative in how he approached challenges. 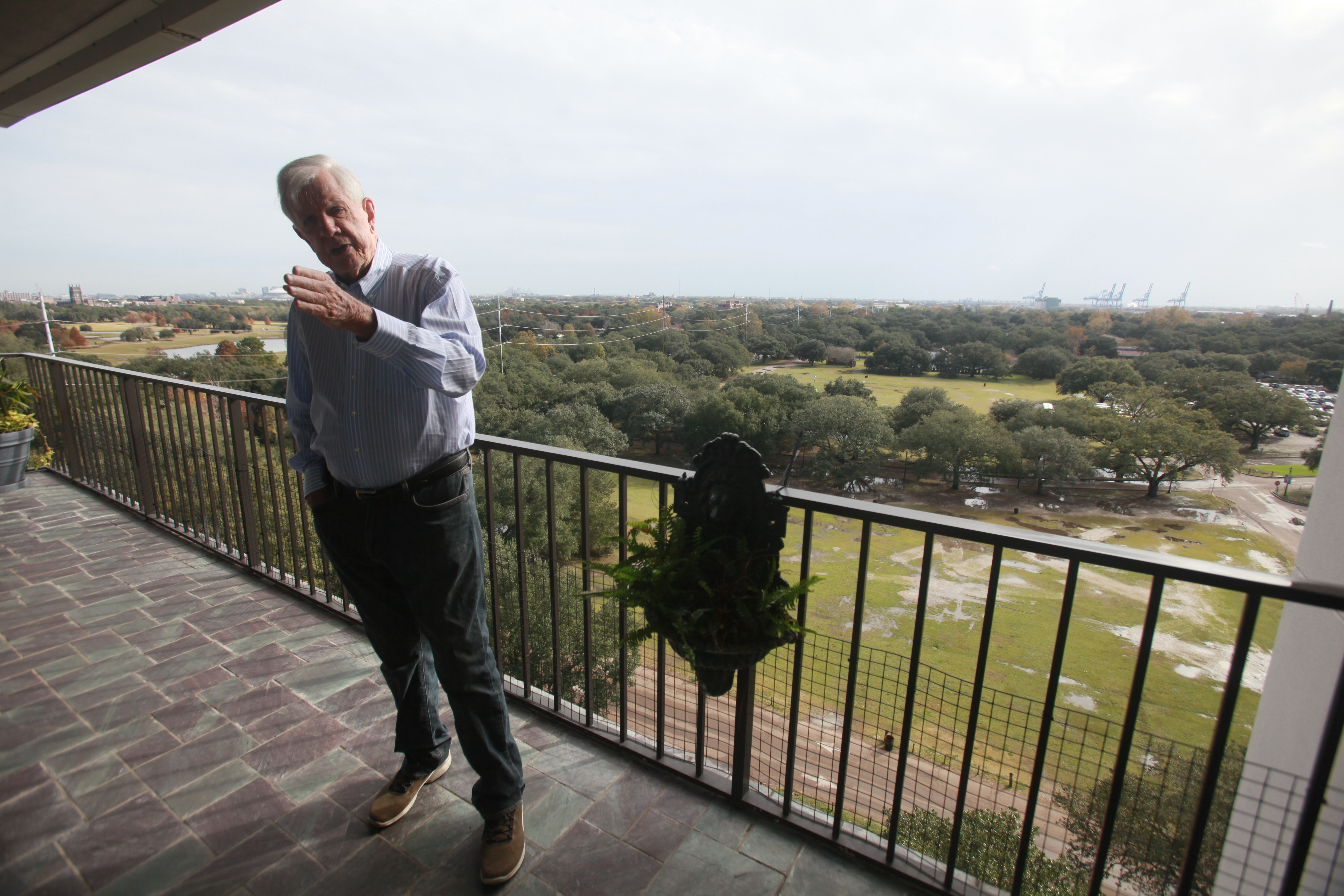 Southeastern gave John the foundation and confidence he needed to venture out in the business world. As his career moved into the very competitive and highly networked financial trading sector, he never felt his degree from Southeastern, in spite of it being a small regional university at the time, was ever a hindrance to his career. He used what he learned, worked hard, and could compete with colleagues from Ivy League schools and larger state universities.

Around the time of graduation, John was considering a marketing position with Campbell’s Soup, but he began getting more and more interested in becoming a stock broker. Encouraged by an acquaintance with the Howard-Weill brokerage, John’s interest was piqued. Also, John’s wife, Francelle Bryant, who he met at Southeastern, was working in an office with other stock brokers and she told John, “There are a lot of these guys who are not all that smart making a lot of money.” He decided to move in that career direction.

With his family just beginning and a college degree in hand, John spent a short time in the Navy before pursuing an MBA and stock broker training at Northwestern University in Chicago. From there, the sky was the limit. John became a successful stock trader and financial services entrepreneur. In his long career, he worked with Howard, Weil, Labouisse, Friedrichs Inc, South Coast Capital, and Sterne Agee & Leach, for whom he started the Institutional Equities Department. Now partially retired, John keeps his eyes on the future.

John reengaged with Southeastern by helping to establish the KDT fraternity endowed scholarship. It was important to him and his fraternity brothers that the name of the fraternity, which is no longer on campus, continue to exist at Southeastern. As he reconnected, he learned things about the University he was not aware of, among them, that Southeastern had a Bloomberg Lab. He had just visited another major university with his granddaughter and had seen a Bloomberg Lab, and was pleasantly surprised to learn that Southeastern had one. Bloomberg software perfectly mirrored what he had done in his career as a broker, only he used a Bunker Ramo machine, where you could only get one quote at a time.

Coincidentally, as he was contemplating investing in Southeastern, he serendipitously got to know a student in the MBA program who was using the Bloomberg Lab, and who was holding down a full time job while attending school. The work ethic of that young man and the information he shared inspired John to invest in Southeastern’s College of Business for the benefit of future students.

John has named Southeastern’s Bloomberg Lab the John and Francelle Regan Bloomberg Lab in loving memory of his beloved wife of 47 years to help ensure that students choosing a career in the finance industry have the greatest opportunity for success. Half of his gift is dedicated to the current needs of the lab and the other half has been placed into an endowment to provide perpetual support for the lab.  He hopes his gift will inspire other successful Southeastern grads to remember the University by giving something back.

When asked what he would tell others considering a gift to benefit students, John clearly stated, “Do it!”    When he learned what a Southeastern semester costs today he was surprised. He remembered his tuition being significantly lower, it was $93 per semester, and now it is $4,500 per semester. He knows firsthand that coming up with this amount of money can be hard for many students.

John hopes his story opens students’ eyes that a degree from Southeastern can take them anywhere they want to go, and that they can compete for jobs at any level. He encourages them to just be persistent and go after what they want. He also hopes that his gift can inspire others to support the University in ways that are important to them.

John knows that a great deal went into his success, and he knows what to do with it. “We all should help the next generation find their own opportunities,” he concluded.