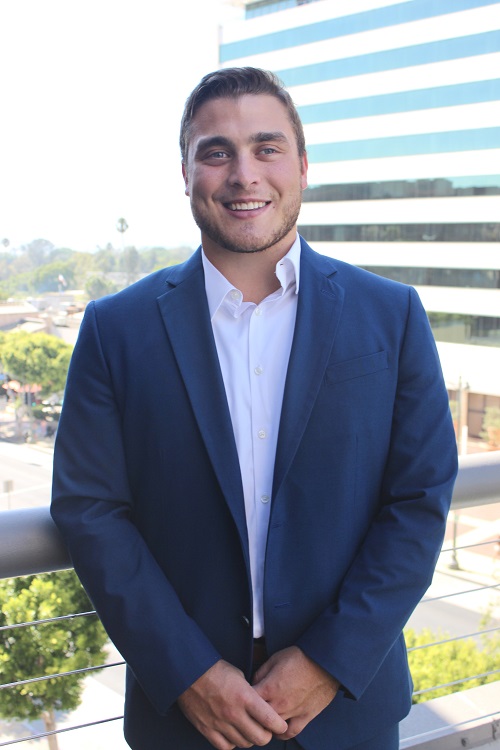 When Zachary was looking for an internship, he was hoping to gain actual experience he could utilize to gain employment when he graduates next year.

That is precisely what he got when he landed an internship with the international advertising agency Universal McCann. Working in Los Angeles last summer, Zachary was appointed to a team developing a major marketing and advertising proposal for the expanding ride-hailing service Uber.

“Throughout the interview process, I was told that this is not your typical ‘get coffee and file this paperwork’ sort of internship,” said Zachary. “We were told that this would be a very hands-on experience and that we would be treated as any other entry level employee. I figured that’s just what they tell everyone.”

Zachary soon learned, however, that what was promised was true. Working with four other interns, the team developed a report and presented their results to Uber on how the company can get current consumers to use the service in new ways.

“Uber is linked with being a designated driver or airport transportation service,” he explained. “Our objective was to shed light that Uber can be used for any kind of short distance transportation, such as commuting to work, fitness exercising, even tailgating.”

The team was responsible for gathering demographic research data on current Uber users. Zachary said the tasks seemed daunting at first, but that the supervisors placed trust in the team and provided the interns with great guidance.

“The experience was far more than I expected, and I learned more than I imagined,” he said.

Zachary is one of an increasing number Southeastern students who are working in internship and other opportunities designed to provide them with real-world experience that can open doors for future employment.

He said the internship provided him the opportunity to learn programs that are used in marketing research and advertising, including the analytics program ComScore and the decision-making tool Clear Decisions. In addition, he said the experience helped him develop his skills in leadership, communication, public speaking and teamwork.

“I believe this internship has given me a leg up in my job search,” Zachary said. “I was able to take away some tremendous experiences and knowledge that come from working in an awesome environment and culture like Universal McCann.”

He attributed landing the position to the encouragement and assistance he received from his Southeastern professors, including help in the application and interview process, and the knowledge he gained in his course work that provided a basis for the internship experience.

“Zach is beyond the success of nearly any student I have taught at three colleges,” said Mike Jones, the Louis Mayfield Professor of Marketing at Southeastern. “The agency world is extremely competitive; to get on with a global firm in a major market like Los Angeles, and then work on an account like Uber is very special. Graduates from major universities throughout the country would be fighting for this opportunity.”

Jones added that Zachary performed so well in his internship that Universal McCann has offered him a full time position with the company following graduation. Zachary has not yet officially accepted the offer. Thanks to his internship, he’s definitely in the driver’s seat when it comes to his post-graduation plans.