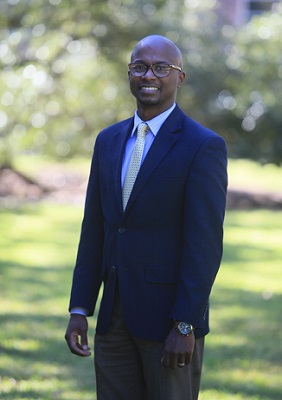 Chuck Toney’s friends and family describe him as a helper, a problem solver, and a mediator. His passion for advocating for others led him to become an attorney, and his journey began at Southeastern.

Chuck currently owns and operates his own law practice as a general practitioner. He likes to call what he does “community lawyering” because he is there to assist his clients with a multitude of matters in many areas, from social security to personal injury.

Chuck followed in his older sister’s footsteps to attend Southeastern, after watching how much she enjoyed her time on campus. Chuck earned a Political Science degree in 2006 and went on to graduate from Southern University Law Center in 2011.  He also combined his passion for politics and leadership as a Loyola University Institute of Politics Fellow in 2014-15.

His Southeastern instructors and courses more than prepared him for the rigorous reading schedule and writing challenges he would face in law school. His professional experience at Southeastern centered on research and strategic planning, which proved to be invaluable and useful experience for both law school and practicing as an attorney.

Chuck would advise future Lions to make the most of your collegiate years by “meeting as many people from as many places as you can, and using all the many resources Southeastern has to offer.” Chuck followed his own advice by getting involved and gaining experiences and connections during his studies.

Chuck was a member of the Student Government, Omega Psi Phi Fraternity Inc, and served on the Judicial Board and as a graduate assistant in the Division for Student Affairs. “All of my Southeastern experiences helped shape me into the leader that I am today and prepared me for my role as an advocate for my clients,” says Chuck.

“Real World Ready” experiential learning is a focus of every Southeastern program. While at Southeastern, Chuck completed an internship with the Southeast Business Development Center, completing planning projects, communicating with government officials and grant writing.

Chuck certainly left his mark for future generations of Lions. He worked with fellow student government members and the University’s administration to facilitate the building of the new Student Union and the Katrina Memorial Fountain. He also helped usher football back to the University and reestablish the Homecoming celebration in Hammond, America.

“I have so many great memories from my time at Southeastern spent with my fraternity brothers and as a member of student government,” says Chuck. “Spending time in front of D Vickers or learning a new hop - those were all fun times on campus!”

Chuck has seen that once you join the Southeastern Family, you are a Lion For Life. He never misses a chance to tell others all the benefits of the unique University where his journey started, and he proudly gives back as a donor, volunteer, and board member.