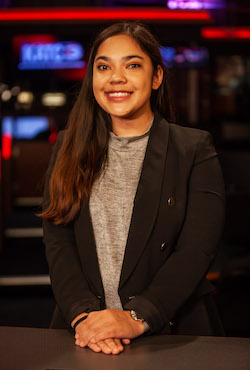 As a news producer, Jordan Reid uses the skills she acquired during her time at Southeastern to make an impact on a daily basis.

There is a lot that Jordan enjoys about her job, including having the opportunity to work in a leadership role and oversee shows from the control room. “I am in kind of a management position,” she says. “I get to work with almost everyone in the newsroom. And by working with more people, I get a better understanding of what is expected from each job and how it works.”

Her Southeastern experience set her up well for both her line of work and taking on a management position so early in her career. “While at Southeastern I was president of the University’s chapter of the Broadcast Education Association and worked as a producer at the Southeastern Channel; so it was nice to still be able to take on a leadership position in my career as well.”

In addition to working with the Broadcast Education Association and the Southeastern Channel, Jordan was involved with other areas of campus life. She was a member of the Press Club and attended the Southeast Journalism Conference (SEJC). During her first year at SEJC, she entered the news reporting competition with a fellow student and won second place. She comments that this conference was one of her favorite experiences during her time at Southeastern.

She has many fond memories of her university days. “I always enjoyed sitting in a classroom to learn more about something. I also miss downtown Hammond, just being able to walk to whatever event was going on and also the great friends I made.” 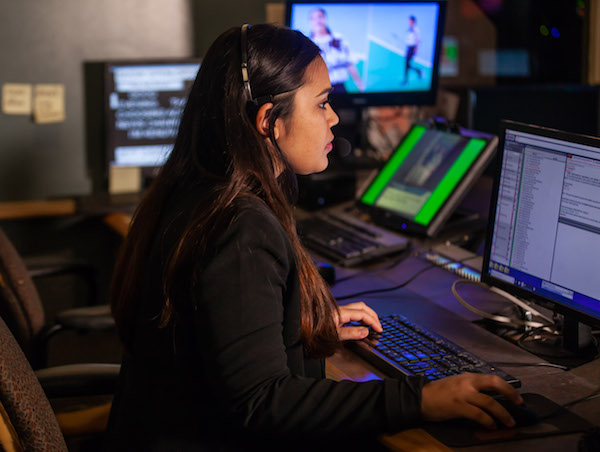 Upon asking Jordan why she decided to attend Southeastern, the Luling, Louisiana native explains, “One of my friends told me about the Southeastern Channel, and I knew I had better opportunities at Southeastern to pursue something I was really interested in. I had the best resources to use while learning. Also, Southeastern was the perfect size.”

Attending Southeastern was something that Jordan readily admits helped prepare her for both a future career and life in general. “I felt most of the things we were taught were important beyond having a job.” Jordan, who also gives credit to the hands-on learning style and knowledgeable, caring professors, felt ready to start her career and her life because of Southeastern.