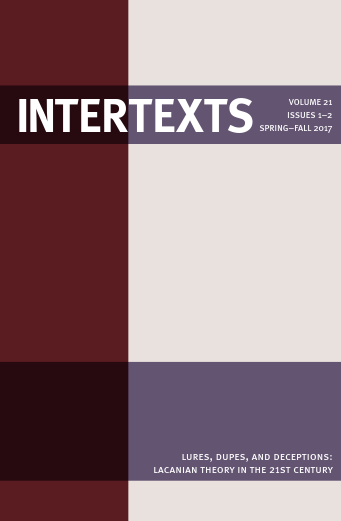 My areas of interest are American film history, Hollywood genres, and psychoanalytic film theory, and I regularly teach Film Criticism, Film and Literature, and Gender and American Cinema. I have also taugt graduate seminars on topics like Film Noir, Slacker Cinema, the Films of 1999, and Digital Cinema.

My research focuses on psychoanalytic theory and American cinema--with an emphasis on concepts like desire, the gaze, and enjoyment--and I am especially interested in the work of Todd McGowan, Slavoj Zizek, and Alenka Zupancic. Recently, I have published two articles: the first analyzes the depiction of fatherhood in Breaking Bad, and the second explores a concept I call the digital Gothic in the Netflix series Stranger Things.

“Hurt--Agony--Pain--Love It!: The Duty of Dissatisfaction in the Profiler Film.” International Journal of Zizek Studies: Zizek and Cinema, vol. 1, no.3, 2007.