Department of Kinesiology and Health Studies Alumnus of the Year

Each year, the Department of Kinesiology and Health Studies recognizes a graduate whose professional achievements distinguish them among their peers. Recent honorees and their activities are described below. 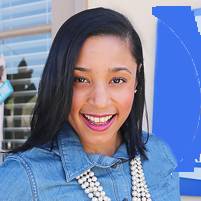 Crystal Pichon earned a B.S. in Health Sciences from Southeastern in 2006, and is CEO of The Safety Place, a non-profit organization focusing on child and young adult safety serving the Baton Rouge area.  Under her leadership, The Safety Place has grown to provide 700 safety education programs that include distribution of car safety seats, education of young drivers, training programs for cyclists and pedestrians, and gun safety education.  Ms. Pichon has remained connected to Southeastern and regularly provides our students with internship and professional development experiences in event planning, public speaking, marketing, program development, and fund raising.  She is a dedicated leader and passionate advocate who is making a difference in her community. 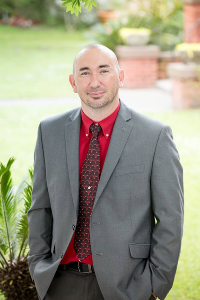 Joey Roberts received a B.S. in Health and Physical Education from Southeastern in 2012. As a senior, he was named Outstanding Health and PE Graduate for 2011-2012, and was awarded the 2012 Outstanding Student Teacher Award by Southeastern's Teacher Education Program. At the time of this award, Joey was Executive Director for the West St. Tammany YMCA. A sought-after public speaker, Mr. Roberts was a Toastmaster's Top 10 Keynote Speaker in 2016, serves on the Mayor's Council on Healthy Lifestyles, was a recipient of Northshore's Finest in 2016, and was elected to the Covington City Council in 2018. 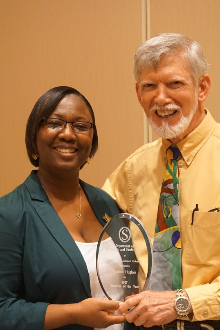 Darrius Hughes completed an undergraduate degree in Spanish (with a Health Promotion minor) as well as a master’s degree in Health and Kinesiology from Southeastern, and is a Certified Health Education Specialist. Since graduating, she has worked in the health education and promotion field as a counselor, educator, and addition specialist. She is currently Training Coordinator at Our Lady of the Lake Hospital in Baton Rouge. For several years, Darrius served as HIV/AIDS Training Coordinator for the Louisiana Department of Education, providing HIV/AIDs training for schools and community organizations, and evaluating the effectiveness of sex education curricula. Her career path also includes working as Outreach Coordinator-Disease Management for a health-insurance company, Social Services Counselor at a youth corrections agency, and Health Educator for Planned Parenthood. In addition to this award, she was recognized as 2014 Health Educator of the Year–Public Health by the Louisiana Association for Health, Physical Education, Recreation and Dance. 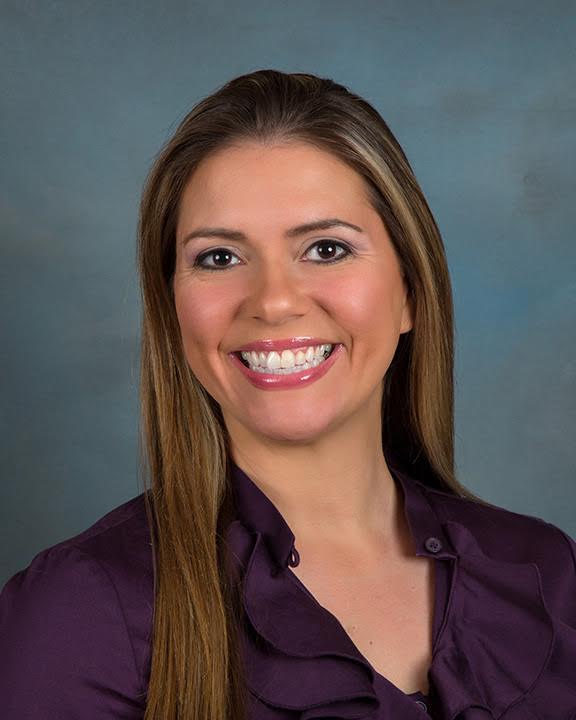 Ashlee Menke completed the BS in Health Education & Promotion (2004) and the MA in Health and Kinesiology (2005) from Southeastern. She is a Certified Health Education Specialist as well as a Certified Tobacco Treatment Specialist. Her career includes working as Outreach Coordinator for APS Healthcare, Client Services Coordinator for American Health, and Prevention and Treatment Specialist for Mary Bird Perkins Cancer Center. For the 4 years preceding this award, Ashlee has served as Health Education Director for the Cancer Association of Greater New Orleans. In this position, she coordinates and delivers tobacco cessation programs in southeast Louisiana, and collaborates with other United Way agencies. 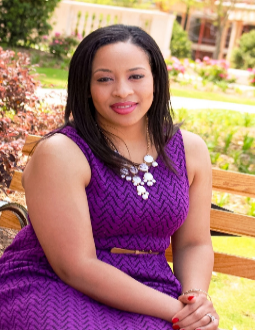 Samone Cammon completed a BS in Sport Management at Southeastern in 2010. While a student, she served as president of Sport Management Association, worked with The Disposable Heroes Project to kick off the 100 Mile Run in support of wounded and fallen veterans, and interned with the Hammond Host Committee for the 2010 LHSAA Top 28 Girls Basketball Tournament. She was recognized as the Outstanding Sport Management Graduate in 2009-2010. After graduation, Samone began her career with The Wendy’s Company, beginning as Marketing Coordinator for New Product Initiatives, and advancing to Marketing Specialist. Her work centers on multi-dimensional marketing support of local and national promotions, new restaurant openings, franchise consulting, and media planning, covering the southeast U.S. In 2013 and 2014 Samone received the Wendy’s Diamond Award for Best Sales Building Initiative, and Best Marketing Campaign of the Year. Originally from Destrehan, Samone resides in Roswell, GA. 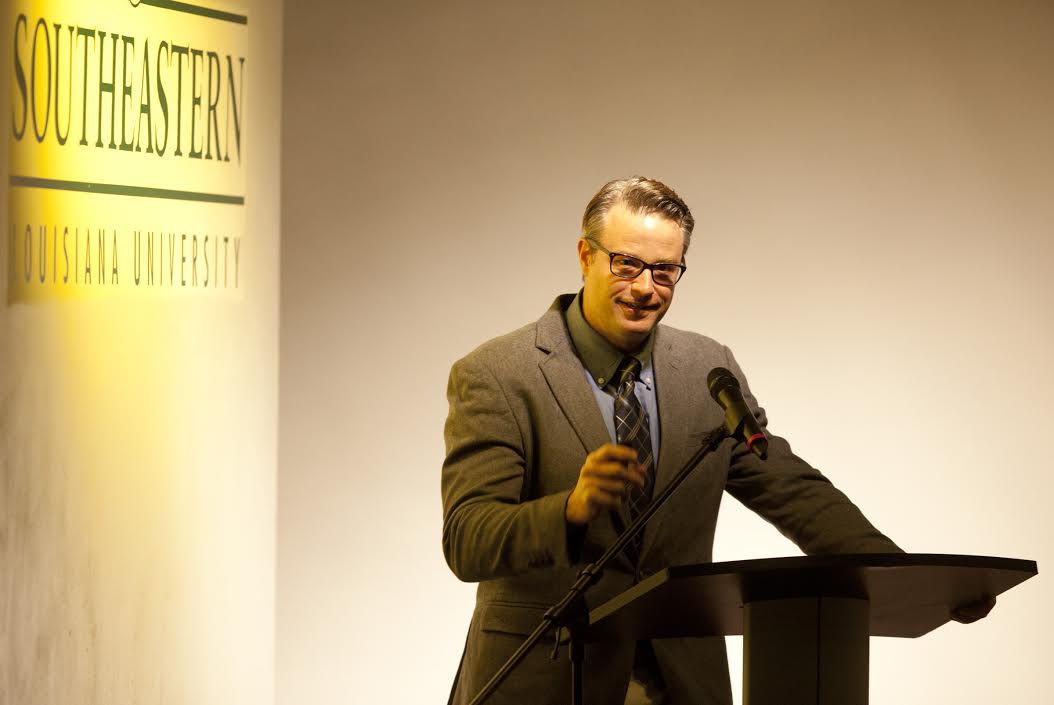 Dr. Sloan has authored over ten professional publications in highly respected journals and has worked on or directed research projects with internationally known investigators. He has won the Navy Health Research Award three times. Dr. Sloan remains consistent, dedicated, passionate, enthusiastic, and cheerful. He is a health promotion visionary with advanced creative energies and a refreshing positive outlook. Dr. Sloan's broad professional impact reflects highly on Southeastern and indicates all that is good about our Master's training program. 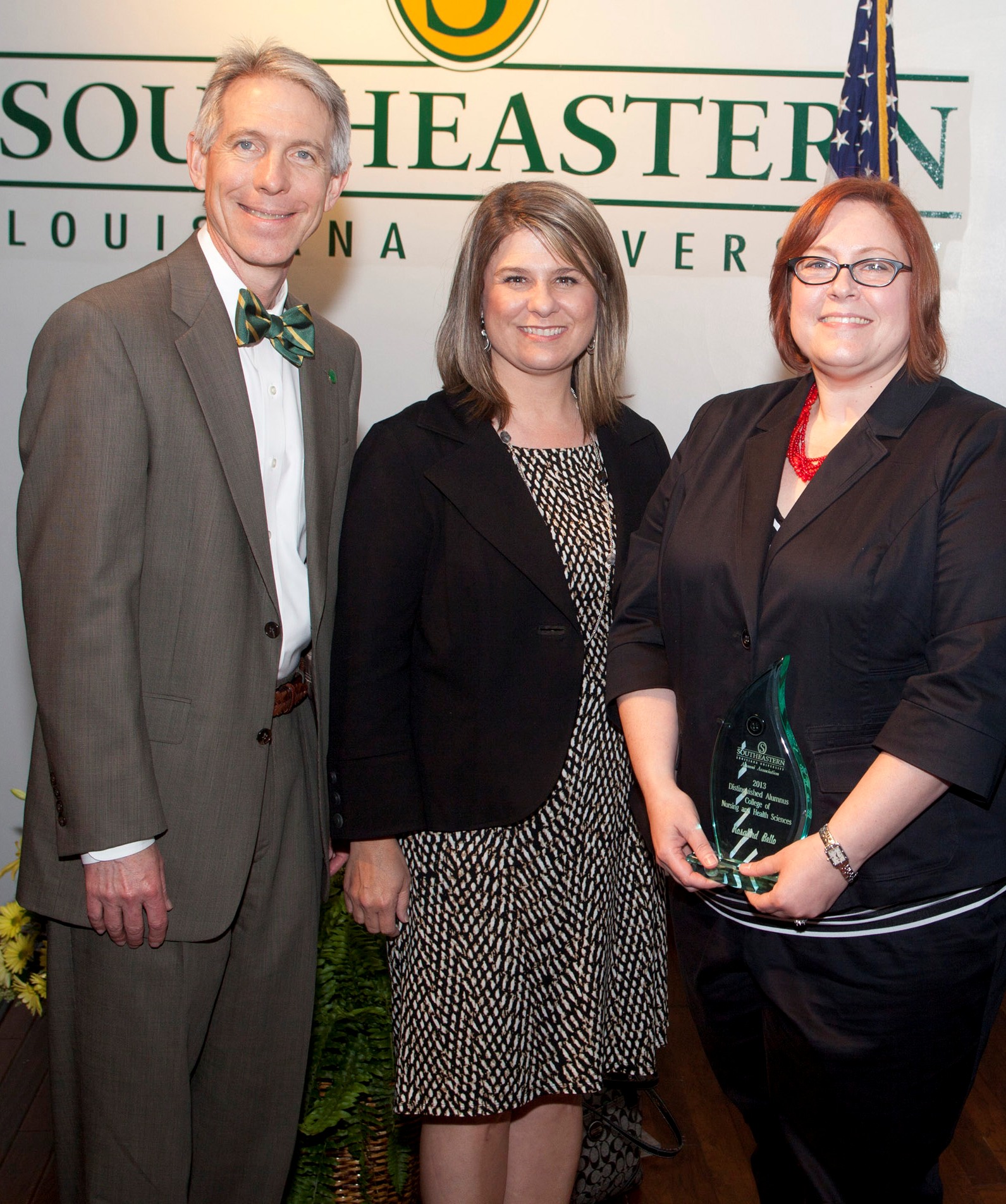 Rosalind Bello completed the MA in Health Studies from Southeastern in 2001, and immediately embarked on an impressive career as a key health promotion professional and public health administrator working for a healthier Louisiana and nation. Her career has focused on public health initiatives supporting education and treatment of HIV/AIDS, sexuality issues, tobacco, and cancer prevention. Her career stops included serving as manager of the Baton Rouge Health Center (Planned Parenthood), and coordinator of the Mississippi Urban Research Center at Jackson State University). For several years, she worked for Louisiana Campaign for Tobacco-Free Living (TFL), rising to serving as director. At TFL, she oversaw a 9-million-dollar annual budget and coordinated statewide tobacco control programming. At the time of this award, Ms Bello was Program Director of the Office of Health Policy at M.D. Anderson Cancer Center. 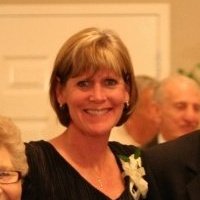 Valerie has engaged in service to the special Olympics and the Louisiana Association for Health, Physical Education, Recreation and Dance (LAHPERD) organization, and has been significantly involved in the development of assessments and curricula for the Louisiana State Department of Education.

Her work has been recognized by her peers, evidenced by her receiving the Ellen Gilletine Adapted Physical Education Teacher of the Year Award in 2008. She is a vocal advocate for Southeastern and the Department of Kinesiology and Health Studies.

Ken Jenkins is a dual graduate of Southeastern, receiving an undergraduate degree in Health and Physical Education in 1966, and a master's degree in Educational Administration in 1969.

He has a long distinguished career in the East Baton Rouge Parish School system as a teacher, coach, assistant principal and supervisor. He served many years as the system's Supervisor of Health, Physical Education, Driver Education and Athletics, and at the time of this award was the system Director of Student Activities.

Reggie Stone received an undergraduate degree with a double major in Athletic Training and Exercise Science from Linfield College in Oregon, and his master's degree in Health and Kinesiology from Southeastern Louisiana University.

He is certified by the National Athletic Training Association Board of Certification and is an active member of the NATA and Louisiana ATA.

Mary Martin Nordness earned a BS in Nutrition from the University of Alabama-Birmingham in 1989 and a MA in Health and Kinesiology from Southeastern in 2001. She is a Registered Dietitian as well as a Certified Health Education Specialist (CHES).

At the time of this award, she served as the Director of Nutrition Communications for the Southeast Dairy Association, a post that includes creating nutrition education resources, coordinating the association's nutrition affairs program, and serving as a media contact for the organization

Prior to coming to Southeastern, Lisa taught in the public schools in Iberia and Pointe Coupee Parishes and worked as a sales representative. After completing the master's degree, she was hired as a faculty member by the LSU Department of Kinesiology. Initiated with her work as a graduate assistant at Southeastern, Dr Johnson continued to collaborate with Southeastern faculty on research projects, and had 13 national publications as of 2007.

In addition to her teaching and research, Lisa has been a leader in LAHPERD (Louisiana Association for Health, Physical Education, Recreation and Dance), serving in numerous roles in including Vice-President (2001-2003) and President (2007-2008). In addition to this award, she received the Tiger Athletic Foundation's Undergraduate Teaching Award in 2000 and 2003.

She was an accomplished student-athlete in college, playing both basketball and volleyball. For several years she taught, coached, and served as Assistant Principal and Athletic Director at Archbishop Chapelle High School in New Orleans, then returned to Southeastern as an instructor in the Department of Kinesiology and Health Studies.

At the time of this award, she was making the transition to LSU in Baton Rouge where she took a faculty position in their Department of Kinesiology. Dee was an outstanding faculty member recognized for her teaching, advising, and service. In addition to this award, she received the Excellence in Service Award by the KHS Department in 2001, and the Pathfinder Award by the National Association for Girls and Women in Sport in 1998. 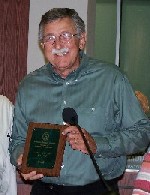 He served the Hammond community and the Tangipahoa Parish School system for over 30 years working as teacher, coach, and administrator, including a 6-year stint as Principal of Hammond High School.

Upon his retirement, he continued his association with the area's education as a member of the Tangipahoa Parish School Board. 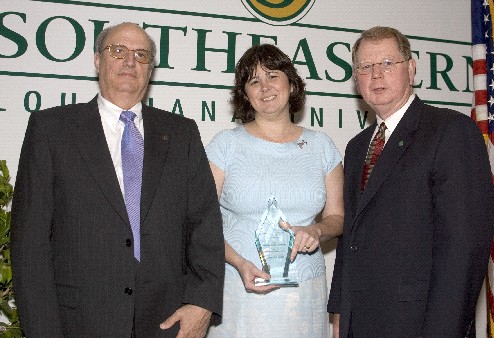 At the time of this award, she was Senior Health Educator for the Cancer Center of Greater New Orleans, where she worked since 1996. Her work centers on tobacco prevention and cessation, and each year her programs reach 13,000 students in K-12 schools, and another 10,000 adults.

Tammy is a regular presenter at professional conferences and participant in community organizations including the Coalition for a Tobacco-Free Louisiana, and Louisiana Cancer Control Partnership. In addition to this award she was named the 1999 Outstanding Tobacco Control Educator by the Louisiana Office of Public Health.

At the time of this award, he was a Professor in the Department of Health and Exercise Science at Wake Forest University. Dr Berry is a renowned scholar in Exercise Physiology, having published a number of research articles in journals such as Journal of Applied Physiology, American Journal of Physical Therapy, and Medicine and Science in Sports and Exercise. His work has been funded by the National Institute of Health, National Institute of Aging, and National Heart, Lung, and Blood Institute.

In addition to this award, he received the 1991 Sears-Roebuck Foundation Teaching Excellence Award.

Leroy Fanning received the BA in Health, Physical Education, and Recreation from Southeastern Louisiana University in 1964 (where he was the first Roomie the Lion), followed by an EdD from the University of Georgia.

At the time of this award, he was a Professor in the Department of Health and Human Performance at the University of Tennessee-Chattanooga, where we worked since 1971.

An active participant in professional organizations, Dr. Fanning has been President of Southern District AAHPERD, and served the AAHPERD organization on committees and activities too numerous to mention. In 2002, he was awarded the AAHPERD R. Tait McKenzie Honor Award, and the National Association for Girls and Women in Sport Presidential Award.

He is also a notable contributor to sport, having served as Tournament Director and Senior Sport Manager for USA Basketball for the 1996 Olympics, and tournament coordinator for several AAU/USA Girls Basketball National Championships.