Director of the Southeastern Wind Symphony and Instructor of Clarinet 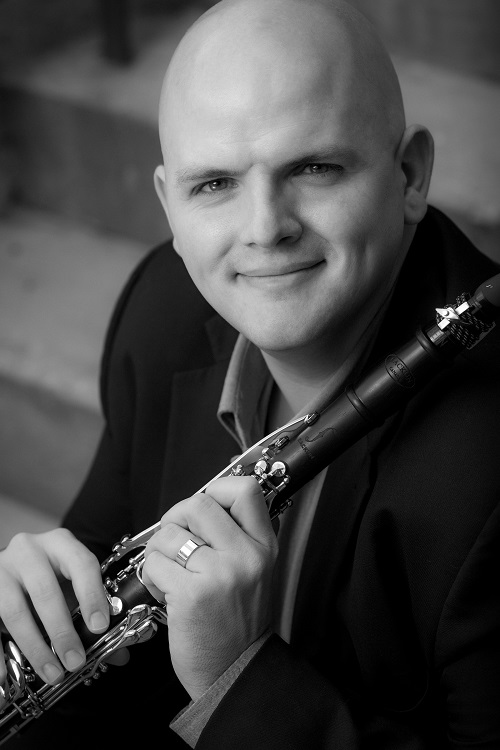 Southeastern Louisiana University as Instructor of Clarinet and Assistant Director of Bands in 2013. Prior to this appointment he served for five years as Assistant Director of Bands at East Ascension High School in Gonzales, LA where his ensemble received no less than superior concert awards at LMEA District and State festivals for all five years of his tenure. In 2011, Drescher was honored by the LMEA with their “Outstanding Young Music Teacher Award.” He holds Bachelor’s degrees in Music Performance and Music Education and a Master of Music degree from Louisiana State University where he served as the graduate teaching assistant for two years. He has also completed postgraduate work at the University of North Texas. His primary clarinet instructors were Steven Cohen, Dr. James Gillespie, Justin O’Dell, Ronald DeKant, and Dr. Mary Druhan.

A frequent adjudicator, Drescher has judged District and All-State Honor band auditions for over 15 years, regularly adjudicates Large Ensemble Assessments for LMEA across the state, and serves on the board of the Louisiana Music Educators’ Association as the University-Research chair. Drescher has also served as an honor band clinician for District and Parish Honor Bands in south Louisiana and as a guest performing artist at Universities and high schools across the southern United States. He has organized and co-hosted a Single Reed Day at Southeastern every year since 2015 and has most recently brought in guest clinicians such as Steve Cohen (Northwestern), Robert Dilutis (Maryland), Vanguel Tangarov (Texas State), Mary Druhan (Texas A&M Commerce), and Julian Bliss (International Soloist) among many others.

Mr. Drescher is an active soloist, orchestral musician, chamber musician, and performing artist for Backun Musical Services. He has performed at several national and international conferences including the 2014 ICA ClarinetFest, 2018 American Single Reed Summit, and 2019 ICA ClarinetFest. As a guest soloist, Drescher has appeared multiple times with the Southeastern Wind Symphony, including a performance of Ticheli’s Clarinet Concerto at the 2019 LMEA Conference, with the Southeastern Symphony Orchestra, Symphonic Band, and with the Louisiana Sinfonietta (Mozart’s Concerto for Clarinet and Baermann’s Adagio). He has served as principal clarinet of Opera Louisiane since its inception in 2007 and as principal clarinet of the Louisiana Sinfonietta since 2006. Drescher also regularly performs with the Baton Rouge Symphony, Acadiana Symphony and the Gulf Coast Symphony Orchestras. He is a champion of new music for chamber ensembles and for the clarinet and premieres multiple works every year including collaborations and commissions with local composers. Drescher has performed as a soloist at venues as wide ranging as the Meyerson Center in Dallas, Carnegie Hall, and the House of Blues in New Orleans. He can be heard on the Centaur record label performing works of Dinos Constantinides. Mr. Drescher performs on Backun Lumière clarinets, a Brad Behn Zinner blank mouthpiece, a Silverstein Works Hexa Ligature, and Vandoren V12 reeds.