Dr. Kristen Marchiafava is an active 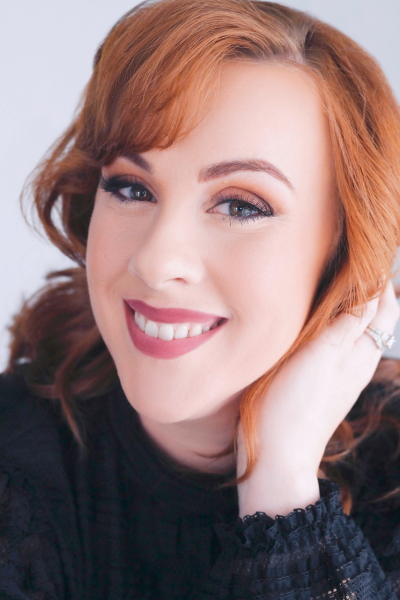 performer and voice teacher who made her professional debut as Vanessa in the Nevada Opera premiere production of Samuel Barber's Pulitzer-Prize-winning opera Vanessa. Hailed by Patrick Shannon of NOLAtheater.com for her "angelic vocalizations," Dr. Marchiafava has performed leading roles regionally and abroad, such as Mimì in La Bohème in the Festival nel Montefeltro with La Musica Lirica in Novafeltria, Italy, 2nd Lady in The Magic Flute and Gertrüd in Hansel and Gretel with Opera Louisiane, and Anna Maurrant in Street Scene with the Harrower Summer Opera Workshop. Particularly known for her interpretations of Mozart's leading ladies, Dr. Marchiafava has performed Donna Anna in Don Giovanni with the Festival South Opera, La Contessa in Le Nozze di Figaro, Pamina in Die Zauberflöte, Elettra in Idomeneo, and Fiordiligi in Così Fan Tutte. Other roles include Rosalinde in Die Fledermaus, Mother in Amahl and the Night Visitors, Governess in Britten's The Turn of the Screw, and Brod in the world premiere of The Fruits of Folia by Noam Sivan by the Mannes Opera in New York.

In addition to operatic roles, Dr. Marchiafava is an active soloist and has appeared in concert with the Acadiana Symphony, the Symphony Chorus of New Orleans, the Louisiana Sinfonietta, the St. Louis Cathedral Choir, the Jefferson Performing Arts Society, Louisiana Concert Movement, and as a featured soloist at the Harrower 50th Anniversary Gala with Frederica von Stade.

Dr. Marchiafava holds a Doctor of Musical Arts Degree from Louisiana State University, a Master of Music in Vocal Performance from the Mannes College of Music, and a Bachelor of Arts in Music from Loyola University New Orleans. She has studied with Ruth Falcon, Philip and Ellen Frohnmayer, and Patricia O'Neill, and has completed a directing internship with acclaimed director, Carroll Freeman, Classical Singer magazine's "2010 Stage Director of the Year."
Dr. Marchiafava is the Secretary of the Louisiana Chapter of the National Association of Teachers of Singing and teaches Applied Voice, French Diction and English/Italian Diction.