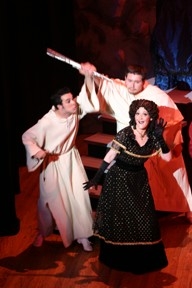 The opera program at Southeastern has carried out its mission with performances of opera since the 1940s. A double bill from 1947 offered Mascagni's opera Cavalleria Rusticana paired with a staged version of Bach's Coffee Cantata. Other early productions included Manon, Tales of Hoffman, Die Fledermaus, The Tender Land, Dialogues of the Carmelites and La Traviata.

In 1981 the opera program changed its name to Opera/Music Theatre Workshop, expanded its season from one to two productions each academic year, included Broadway musicals in its offerings and began touring children's opera to local schools. 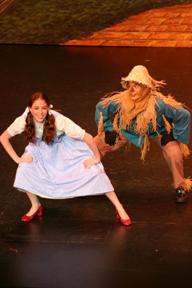 Opera/Music Theatre Workshop currently presents a production each semester in the Columbia Theatre with full orchestra, a professional stage director, and with sets, costumes and lights designed by faculty from the Theatre division of the Department or by other professional designers. The orchestra is selected from among the finest string, wind, piano and percussion students in the Department. Children's operas and musical theatre pieces are either toured to local schools or presented on campus for young audiences.

Auditions are open to the entire student body and majors from other departments on campus regularly appear in productions.

For more information, please contact Chuck Effler at 985-549-2830 or ceffler@southeastern.edu