The history of the Turtle Cove facility on Manchac Pass tells the story of the entire region.

Edward G. Schlieder of New Orelans built the main Turtle Cove lodge in 1908,wherehe later stayed while hunting and fishing. As he aged, Schlieder spent more time at the lodgeuntil his deathon May 12,1948. 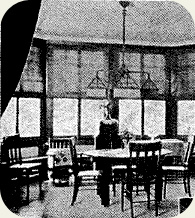 In 1951, the Turtle Cove Club, a private hunting and fishing club, was formed andbegan leasingthe Schlieder Lodge as their headquarters. In 1975, the Louisiana Department of Wildlife and Fisheries (LDWF) purchased the surrounding 5,261 acres from the Schlieder Foundation to function as a laboratory and teaching facility. Although Wildlife and Fisheries agents used the facility during duck-hunting season, during the rest of the year, the facility was mostly vacant and fell into disrepair.

In 1986, the Turtle Cove boat shed and dock were built at Galva Canal on land shared with LDWF, and these additions enabled more research activities now thatpeople had a place to stow boats from a central dock. Several years later, in 1991, the first teacher workshops were held at Turtle Cove with cooperation from the Lake Pontchartrain Basin Foundation and funding from Freeport-McMoRan, Inc. The workshops and field trips for students of all ages flourished in the mid- to late-90s as word spread about the Turtle Cove facility and the friendly and knowledgeable staff.

Hurricane's Katrina and Rita in 2005 destroyed the bulkheads and boarwalks behind Turtle Cove, and inflicted heavy damage on both the main Turtle Cove Lodge (Guest House) and the Caretaker's House, which was eventually torn down. Seven years later, in 2012, and after a $5.5 million FEMA-funded restoration, Turtle Cove is back stronger than ever in terms of its actual facilities on Pass Manchac. We have a new bulkhead ($3.1 mill) built for projected sea level rise over the next 30 years, a new 6 ft wide boardwalk with a self-guided tour ($550,000), a totally renovated Lodge (new ground level floor, and full external replacement and raised 4 ft----$800,000) and now finally, the last piece, a brand new Caretaker's Cabin ($450,000).

View the PR Video recently produced explaining in greater detail the history and current status of what we do here at Turtle Cove!