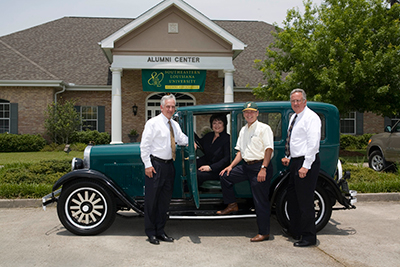 The Southeastern Alumni Association was formed May 27,1927 with $1,367.75 in the bank and May Addison serving as the first president. The organization was later incorporated on December 5, 1948. At that time there were 4,798 members plus 86 deceased members. Today, Southeastern has over 75,000 graduates.

The Alumni Association office originally was located in the Hill House at 611 N. Pine Street and remained there until 1994, when the organization raised private funds to build the current Alumni Center at 500 University Avenue.

Today, the Alumni Association hosts numerous events for alumni to reunite throughout the year. As Alumni return to campus, they can visit Alumni Field, which the Association helped build and named accordingly to commemorate all Southeastern Alumni.