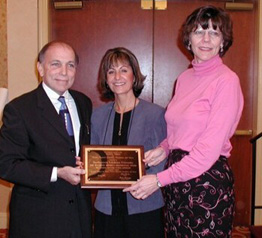 From his scholarly beginnings  at Southeastern to his present position as a Foundation Professor at the University of Tennessee at Chattanooga, Dr. Leroy Fanning has continually distinguished himself in his chosen field of expertise—exercise science. At the University of Tennessee, Chattanooga, he has been a professor in Exercise Science, Health Promotions and Leisure Studies for the past 27 years. Despite Tennessee's claim to him, Southeastern is pleased to have provided his academic proving ground awarding him a Bachelor of Arts degree in Health and Physical Education in 1964.

In the years since, obtaining his masters and doctorate degrees, he has authored 6 textbooks, produced 23 journal writings and made more than 56 presentations on the state, regional, national and international level. The UTC web site states "His passion in the classroom and his extemporaneous debates genuinely challenge his majors." Upon reviewing his bio, it is easy to see why his classes would be considered so intellectually stimulating. Some of the titles of his papers and presentations, to name just a few are as follows:

"20 ways to Ruin the Young Athlete"

"Effective Use of Humor in the Workplace"

"Crowd & Player Violence, Do We Teach it?"

"Get Off Your Fatty Acids"

"It's a Poor Frog that Won't Croak in Its Own Pond"

Dr. Fanning's expertise and leadership have benefited the Chattanooga community at large, to their great fortune. Administering grants for the girl's National Championship basketball games and the State Games of Tennessee, the resulting economic impact to Chattanooga was over 10 million dollars. He has also been successful in gaining grants to benefit the quality of physical education and sports development for UTC students and Chattanooga's youth.

Dr. Fanning's colleagues in the American Alliance for Health, Physical Education, Recreation and Dance state that "he is the 'go to guy' when a job needs to be done or a solution needs to be found". They should know because for 40 years he has served the organization on the local, district, and national level serving as vice-president and then, president of the Tennessee Association and on every committee within the state. He served as convention manager and representative to the Southern District Board of Governors and, served on the Finance Committee twice. He recently was recognized by this organization with the R. Tait McKenzie Award in recognition of distinguished service which takes place outside the organization, but which reflects prestige, honor, and dignity on the Alliance. Dr. Fanning has been an ambassador to all levels of sport, having officiated or been assigned to every major athletic conference in the Southeast. The list of his contributions goes on and on.

Senior Manager in charge of Basketball at the Atlanta Olympic Games

Board of Directors of the American Heart Association

Consultant for Adult Fitness and Wellness for the YMCA

He holds memberships in innumerable professional organizations and received countless awards, including being named to Who's Who in the South and Southeast.

Dr. Fanning's commitment to excellence carries over into his personal life as well. In 1983, he finished in the Top 15 in the world in the Masters Division of the World "Ironman" Triathlon Championships. He has also competed in 10 Boston Marathons. Serving as an assistant track coach at Southeastern from 1962-64, we are pleased to be able to claim some small part of his athletic success as well.

Southeastern is proud to claim Dr. Leon Fanning as the 2002 Distinguished Alumnus from the College of Nursing and Health Sciences.