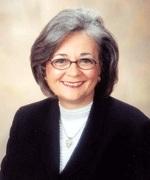 Coletta Barrett has more than 27 years in healthcare with experience in hospital, clinical, health plan medical management, and executive leadership.

She began as a diploma graduate from Charity Hospital and then pursued her Bachelor of Science in Nursing from Southeastern in 1991. She continued her education by completing a Masters of Health Administration from Tulane University School in Public Health and Tropical Medicine.

She served as the National Chairman of the Board for the American Heart Association, the largest voluntary health organization fighting health disease with more than 22.5 million volunteers and an annual budget of $565 million in revenue.

Ms. Barrett provides leadership in advocacy through formulation and ongoing dialogue with Congress and state delegations. As chairman of the American Heart Association's National Advocacy Coordinating Committee, she has given testimony on Capitol Hill. She is a coalition builder and articulate leader known for her facilitation skills and collaborative style.

Professionally, she serves as Vice President of Policy Development and Research for the LA Hospital Association. She is responsible for guiding and directing the policy development process for 160+ member association. Additionally, she is the senior manager responsible for emergency preparedness, managed care, trauma, and quality. Recently, she has been very busy ensuring healthcare was ready should a hurricane impact Louisiana.

Prior to joining Louisiana Hospital Association, she was Vice President of Administration for Baton Rouge General Medical Center. With 24 years of experience at General Health, she also served as System Vice President for Care Management.
A cardiovascular nurse specialist, she maintains her nursing license and remains a fellow in the American Heart Association Council on cardiovascular nursing.

She served on the governor's task force on trauma, and is a member of the executive committee for the Human Resources Services Administrations.

She is married to Buddy Barrett and they are the parents of 2 daughters.