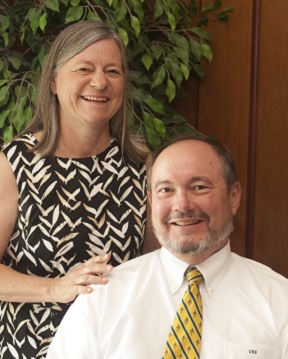 Marcia Comeaux Barr and the late Cameron Barr met on a blind date while attending Southeastern and were a couple ever since. They have been strong supporters and advocates of their beloved Southeastern and their fraternity and sorority, Sigma Tau Gamma and Alpha Sigma Tau, since graduating and moving through their respective careers.