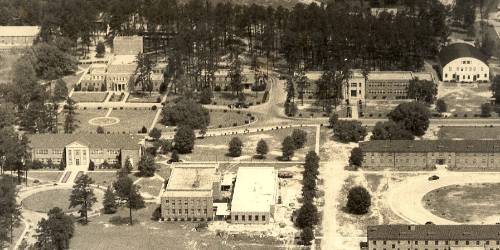 In 1963, President Luther H. Dyson and his leadership team recognized the need for an organization to provide continued financial support for Southeastern Louisiana College. At that time, the Development Foundation was chartered. Southeastern had recently received approval to begin graduate level studies, but was still years away from becoming a university; Friendship Oak was much smaller and the region known as the Northshore was decades away from seeing the population explosion it has seen.

Since that time, the Foundation has played a significant role in ensuring students have the best possible experience at Southeastern. In the past few decades, Foundation disbursements to the university and students have grown by significant multiples. Thousands of students have received scholarships and scores of academic programs have been supported. Football was brought back to campus and the number of professorships has greatly increased.   Through these years, the Foundation has proudly stood beside the University working in its best interest.

The past several years has been no different. The Foundation has increased its overall number of alumni donors significantly through new electronic based campaigns and young alumni outreach. It has seen a sizable increase in the endowment value while also offsetting significant funds cut from the university budget. The Office of Advancement and the Foundation collaborated with other university areas to develop and launch an initiative to not only raise funds, but in a more broad manner, advance and promote the university among regional populations.

As important as it is to look back, plans continue to be made for the future. In order to truly support the university’s promise to remain a caring and student centered university, new initiatives are under way. A food pantry to service students when facilities are closed on campus has launched. An emergency family support fund that provides students and their families with immediate short term funds after a personal or familial emergency is being enhanced. Efforts to further the building of a philanthropic/giving culture among our students will continue to not only graduate students well prepared for jobs, but also well rounded in life.

Looking even further into the future, it is important to ensure that the Foundation will celebrate its 100th year. The Board along with the Office of Advancement is working diligently on establishing modern operational systems and procedures, focusing on planning and growing the base of supporters and donors and building efforts on best practices proven and used by successful organizations. The stage is being set for an astounding next half century.