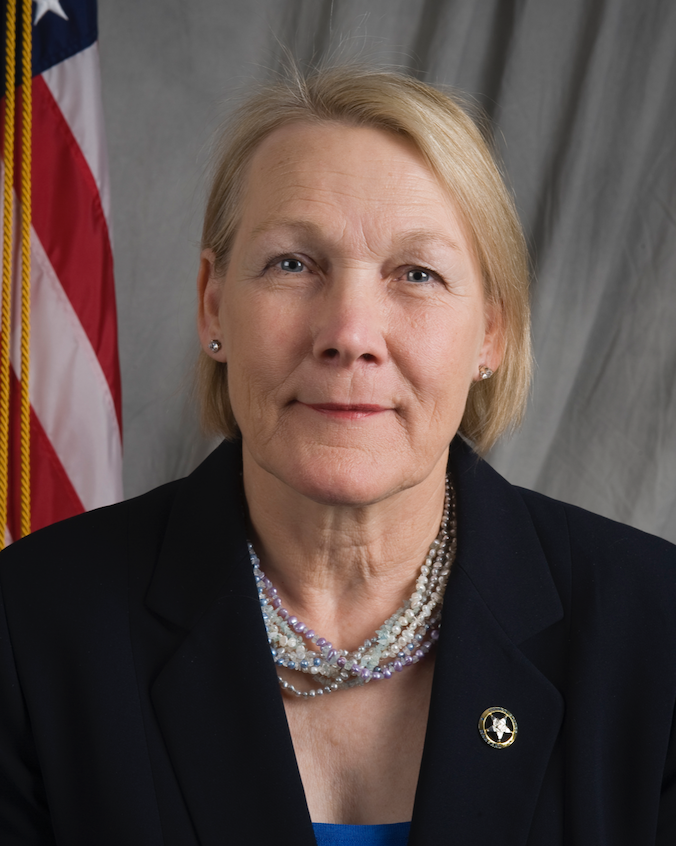 While at Southeastern, May served as a commuter senator in the SGA, president of Cardinal Newman Hall, and was in the Who’s Who in American Universities. She was also active in Alpha Omicron Pi sorority where she served as second vice-president and on the Panhellenic Council.

May started her career as a Deputy Sheriff in Jefferson Parish, and then served the Louisiana State Police for 32 years, rising through the ranks to lieutenant colonel, the highest-ranking woman serving the state police at the time. She was then nominated by President Barack Obama to serve as the U.S. Marshal, Eastern District of Louisiana, a position she held for eight years.

In addition to serving public safety at the state level, she has also served her country as a reservist in the U.S. Navy since 1986, attaining the position of Command Master Chief for Reserve Intelligence Area Southeast. Mobilized after 9-11 during Operations Noble Eagle and Enduring Freedom, she served as the Senior Enlisted Advisor for the Defense Intelligence Agency, Joint Intelligence Task Force Combatting Terrorism in Washington, D.C., and was detailed to the Defense Intelligence Agency and Joint Chiefs of Staff. She assisted with the development of a database to track suspicious incidents to coordinate operations in Homeland Defense and the Global War on Terrorism. She was instrumental in directing the process that enabled information sharing between the military and law enforcement. In 2007, she served as Senior Enlisted Advisor and Intelligence Analyst for the U.S.-European Command, in Germany, for eight months.

May now serves as Intelligence Director for the Department of Health and Human Services, Assistant Secretary of Preparedness and Response, in Washington, D.C.  The agency leads the nation’s medical and public health preparedness for, response to, and recovery from disasters and public health emergencies.

As a result of her extraordinary contributions while serving on active duty, May was awarded the prestigious Defense Meritorious Service Medal. She has received numerous other honors, including the National Association of Women Law Enforcement Executive of the Year, the LSU Public Administration Alumnus of the Year and the Louisiana Center for Women in Government and Business Hall of Fame award.

Genevieve May is a positive role model for young female professionals. She has been a long-time volunteer for the Girl Scouts of Southeast Louisiana, the Crimestoppers of Greater New Orleans Teen Ambassador program, and served as the Girls Camp Director for the Louisiana State Police Camp Win-A-Friend for disadvantaged girls.

May currently resides in Washington, D.C and maintains a home in Mandeville. She frequently gathers with her AOII sisters on adventures such as hiking, cooking classes, and annual beach trips. But her greatest joy is spending time with her daughter Alex and grandson Cooper.

May’s commitment to the University, the state of Louisiana, and the safety of our U.S. citizens, are but a part of the many reasons why we are proud to call her our 2021 Alumna of the Year.