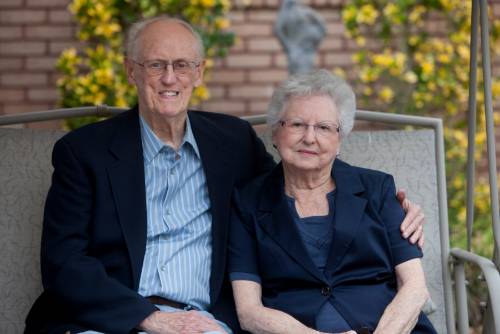 Bill and Mary Lou Champagne, married for over 65 years endowed a dance/theater scholarship in Mary Lou's name as a way to commemorate the time spent at Southeastern and together. 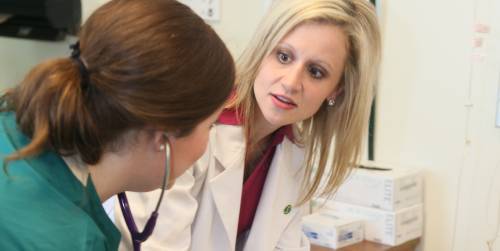 The endowed scholarships program enables Southeastern to attract and retain students of high academic skills and personal merit. Because of scholarships established by alumni and friends of the University, many very good students are now able to attend college and graduate with undergraduate and graduate degrees.

Donors can establish a named endowed scholarship at one of four levels:

Scholarships are administered by the Southeastern Foundation and the Office of Financial Aid.

At the present time Southeastern has over 300 endowed scholarships available to our students.

The Endowed Professorships for Eminent Scholars program allows the state to match every $80,000 in private or corporate donations raised by Southeastern with $20,000 from the support fund. Once Professorships are endowed, the earnings from the endowment are used for salary supplements, research support, and program development activities.

Why is it important for Southeastern donors to establish endowed professorships?

Students today demand and expect the best teachers in their classrooms and laboratories. The establishment of endowed professorships is essential to Southeastern if the University is to attract and retain the highest quality instructors.

In order for Louisiana universities to attract outstanding faculty and keep them in Louisiana, the state has implemented the Endowed Professorships for Eminent Scholars program with proceeds from the Louisiana Education Quality Support Fund (popularly known as the 8g fund). The fund is supported by a permanent trust approved by voters in a 1986 constitutional amendment. The original $540 million payment was part of a settlement between the state and federal government over off-shore oil and gas money. By 2000, the trust fund had risen to approximately $896 million.

At the present time Southeastern has almost 50 endowed professorships.

The Endowed Chairs for Eminent Scholars Program is a matching grants program established by the Board of Regents Support Fund (BORSF) to attract eminent scholars to Louisiana, or retain superior faculty. This program pairs a 80% private-sector match with a 20% Board of Regents award to endow a Chair to be filled by a scholar of high renown and great ability. The Board of Regents endows Chairs in any discipline at two levels:

The endowed chair is a distinction awarded by the university to a scholar or teacher in recognition of past and potential original contributions to the individual's academic discipline. In addition to the academic honor given to the individual, an endowed chair provides funding for support of his or her teaching, research, and service responsibilities.

At the present time Southeastern has two endowed chairs:

The Edward G. Schlieder Endowed Chair in Environmental Studies was established with a gift from the Edward G. Schlieder Educational Foundation located in New Orleans. The establishment of this endowed chair has allowed Southeastern to bring a distinguished scholar with a national reputation to our campus to lead our program in Environmental Studies.

The Ford Family Endowed Chair in Regional Studies has been established with a donation from Judge Leon Ford III, Leon Ford IV, and Helen Ford Dufreche. The holder of the Ford Chair is Dr. Samuel Hyde. Dr. Hyde is a noted authority on the history of southeast Louisiana.