Years in the Making

The bicentennial of the West Florida Revolt and the Lone Star Republic was celebrated in 2010 with new monuments and walking trails, theatrical productions, historical lectures, educational programs, and festivals.

A commission, created by legislation sponsored by State Rep. John Bel Edwards, met for the first time at Southeastern's Center for Southeast Louisiana Studies, which served as headquarters for bicentennial planning and events.

Southeastern history professor Sam Hyde, director of the Center and an authority on Florida Parishes history, said the bicentennial's goal was "overcoming the ignorance and mystery that surrounds the event that gives the Florida Parishes its distinctive identity and makes the area the most unique region of Louisiana."

"Most people fail to realize that the Florida Parishes were not a part of the Louisiana Purchase," said Hyde. "Instead, the region remained a part of the Spanish Empire. After a failed effort in 1804 to overthrow Spanish authority in the region, a far more organized rising occurred in 1810."

Hyde said armed rebels stormed the Spanish fort at Baton Rouge early in the morning of Sept. 23, 1810, and "in a sharp and bloody firefight wrested control of the region from the Spanish." Meeting at St. Francisville, the West Florida Assembly elected Fulwar Skipwith governor of the new republic and commissioned an army under General Philemon Thomas to march across the territory, subdue opposition to the insurrection, and seek to secure as much Spanish held territory as possible for the new republic.

"Eventually the territory of the republic extended from the Mississippi to the Pearl River," Hyde said. "The republic endured for 74 days before being forcibly annexed by the United States, an event that essentially completed the Louisiana Purchase."

He said support for the revolt was far from unanimous. "Residents of the western Florida Parishes proved largely supportive of the Revolt," Hyde said, "while the majority of the population in the eastern region of the Florida Parishes opposed the insurrection. Thomas' army violently suppressed opponents of the revolt, leaving a bitter legacy in the Tangipahoa and Tchefuncte River regions."

The Center for Southeast Louisiana Studies has been named the domicile for the West Florida Bicentennial Commission by the Louisiana Legislature.

About the Florida Parishes 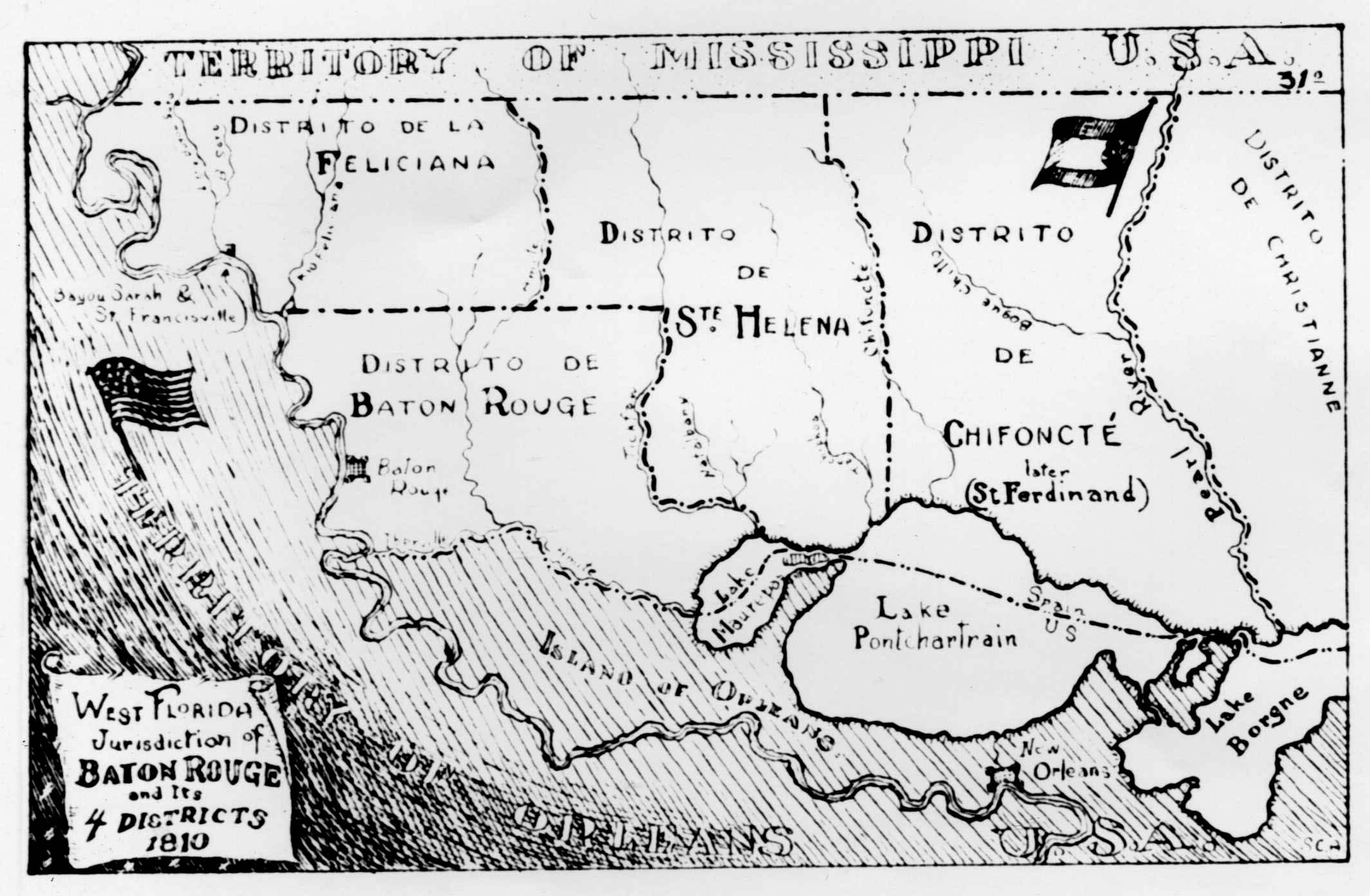