Southeastern industrial technology freshman Cade Jenkins is headed to the small screen on the hit reality show “Forged in Fire” thanks to his incredible blacksmithing skills and his decision to continue a family legacy. 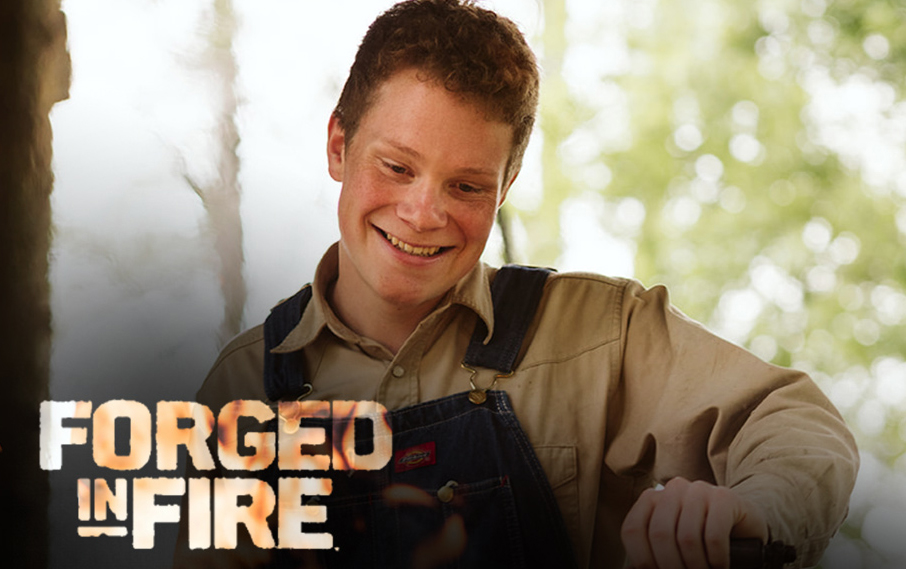 “My grandfather was a full-time blacksmith for 30 years, and he is unable to continue because of health issues,” said Jenkins. “So, I decided to carry on the legacy.”

“Forged in Fire” involves four bladesmiths competing in four rounds to create the best blade. The winner is crowned as the episode’s “Forged in Fire” champion and receives $10,000.

However, Jenkins’ decision to join the show was not an idea he came up with on his own. It was really his mother’s.

“One day I was watching the show with my family, critiquing the contestants and the things they were doing wrong,” said Jenkins. “My mom said, ‘Why don’t you do it then and show them how it’s done?’ and so I applied for the show.”

Jenkins calls his time on the set of the reality show the greatest experience of his life.

“I competed against three great smiths and even better men,” said Jenkins. “We are still friends to this day. It was a huge challenge to complete, but in the end it was so worth it.”

The Loranger resident started learning blacksmithing at the age of 12. He identifies himself as an architectural blacksmith, creating items like hinges, stair railing furniture and custom knives.

When it comes to Jenkins favorite thing about blacksmithing, he explains that it is his passion along with the desire of his inner child.

“I may be 18, but like every man, I still have a 13-year-old boy inside of me who loves fire and beating on things,” said Jenkins. “It is a passion of mine and every project has its own little story because everything I make is made from scratch by hand.”

As an industrial technology major, Jenkins plans to be a welder. He wants to merge his skill set as a blacksmith with the new information he learns in his program at Southeastern to create works of art.

“When learning how to blacksmith, I learned how to heat, treat, and temper metal, but I never knew the science behind my craft,” said Jenkins. “I only knew how to physically do it. In the little time I have been at Southeastern, I have learned so much information that I have brought it to my shop, and it has made me a better blade-smith and blacksmith.”

After graduating from Southeastern with a degree in welding inspection and material testing, Jenkins hopes to combine his current knowledge of metallurgy through blacksmithing to become the best in the business.

Catch Jenkins on “Forged in Fire” on the History Channel on Wednesday, Jan. 29 at 8 p.m. CST. Learn more about his work at www.jenkinsblacksmithing.com.

Congratulations, Champion! Cade Jenkins emerged as the winner on the episode titled "French Pioneer Sword." Your Southeastern family is proud of you, Cade! 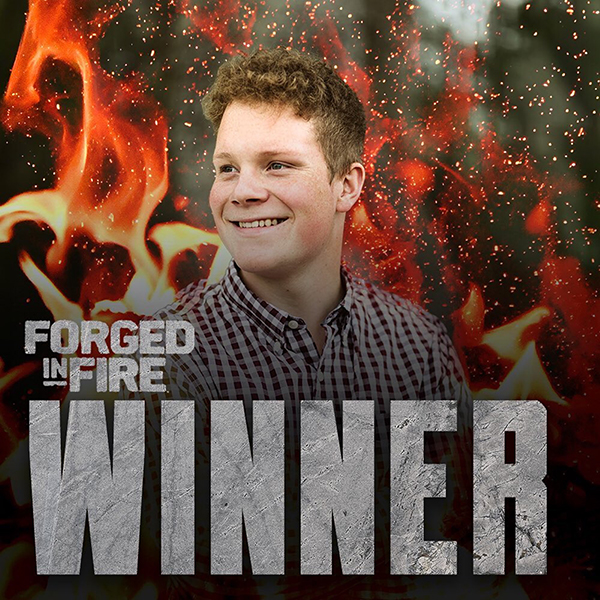