Setting the Stage for Success

Alumna Emily Stokes has proven that a degree from Southeastern can take you where you want to go. From a child singing into a hairbrush for family and friends, to a grown woman making a living in New York City as a singer, actress and model, Stokes is putting her degree to good use.

"Not only did Scharmal possess a great knowledge about the voice, but she also had the ability to read a student and provide guidance in a way that allowed her students to not only grow as musicians, but to become better human beings," Stokes said. "I could not turn down the opportunity to continue working with this woman. Because of the training I'd already had, my audition awarded me the opportunity to attend Southeastern on scholarship."

Stokes remembers her time at Southeastern fondly, calling the university Louisiana's best kept secret. Even though it is the third-largest university in the state, she credits Southeastern's seemingly smaller size as part of her success: it was small enough that she was offered great opportunities, and it was a safe place to experiment with ideas and learn valuable life lessons before entering into the professional world. And, she added, it was affordable.

"Because the music department was smaller, my hard work was awarded with lead roles in productions and solos in choral concerts," Stokes said. "Experience is the key in learning, and without these experiences, I wouldn't be the actress and singer I am today. If I had chosen a larger school, I may have spent much of my time working only in the classroom setting, and I'd have probably left with more debt."

"Emily was one of those students who was a joy to work with," he said. "She was always prepared, always ready to work, and always gave 100 percent in every rehearsal."

Southeastern also offered a variety of classes, as well as experiences, Stokes added. Since she took classes within the honors college and the music department, as well as worked in the drop-in math tutoring lab, she had the opportunity to meet a variety of people with various cultural and social backgrounds.

"I continuously interacted with people similar and dissimilar to myself and learned how to communicate, find common ground and create relationships," she recalled. "I think that alone is such a valuable life skill, and I have Southeastern to thank for that." 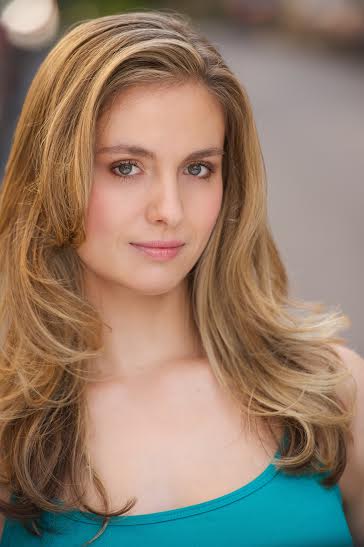 After graduating from Southeastern in 2007 with a bachelor of music degree, Stokes attended graduate school at Indiana University's Jacobs School of Music, where she earned a Masters of Music in Vocal Performance with a secondary emphasis in Theatre and Dance.

Soon after, she was hired by a theatre in Atlanta to play Marian in a production of The Music Man, and she lived in Atlanta for a few months. While there, she continued to take courses in theatre and film.

She eventually returned to Indiana for a half semester to take a Shakespeare intensive, auditioned for some opera companies and then decided New York City was the next step.

Since childhood, Stokes has always enjoyed storytelling. She recalls persuading, or "conning," her four male cousins to serve as backup singers to her performances at family gatherings or playing various roles in fairytales.

"I am very fortunate to have a mother who allowed me to entertain this creative side as a child. Something about breaking down a story and breathing life into it always fascinated me," she said. "I also enjoyed math and music, so piano and voice lessons were a weekly occurrence.

"I can't say I chose to pursue a career in the arts. Like most people I know in this industry, the career chose me."

Headline photo: Stokes appears with fellow student Scott McDonough in a performance of Too Many Sopranos

More news stories
Multiple Choices for Finals Prep
Advocacy in Action
Why?
Loud and Clear
Ten-Hut
Get Moving at the Rec