Communications Officers are emergency communications professionals who are called upon to ensure the successful transmission of information from callers in distress to responding police personnel.

Communications Officers are often seen as the lifeline of police officers, as their instructions and information give the police officers direction regarding how to proceed with the incident or emergency. They must monitor, receive, and relay police alarms, intra-departmental calls, emergency calls, and dispatch police vehicles in the most efficient and productive manner. They must be able to remain calm and composed at all times, and they must be able to collect and relay as much information as possible to the responding police officers as to protect the safety and lives of both the general public and the police force. Sound judgment and the ability prioritize phone calls and dispatch police officers accordingly are of the utmost importance, particularly in the event of a potentially life-threatening situation.

Information that is not clearly relayed to the officers in a timely fashion could result in injury or death to the police officers, the involved parties, or innocent bystanders; therefore, the ability to gather and relay as much information as possible as to allow the police officers to handle the situation accordingly is, without a doubt, one of the most crucial aspects of the police dispatcher job.

Their work involves providing accurate and timely information to police officers and dispatching the appropriate personnel to incidents and emergencies through a two-way communications system.

Communications Officers must also answer non-emergency phone calls, which require recording the information and informing officers of the incident. Police dispatchers may even to provide emergency medical assistance to the caller over the phone while waiting for medical personnel to arrive. Additional administrative duties for police dispatchers often include typing official statements, assisting people who want to file complaints, and keeping general office records.

When you dial 549-2222, you are connected directly to the Communications Officer who will assist you. 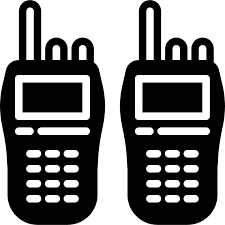