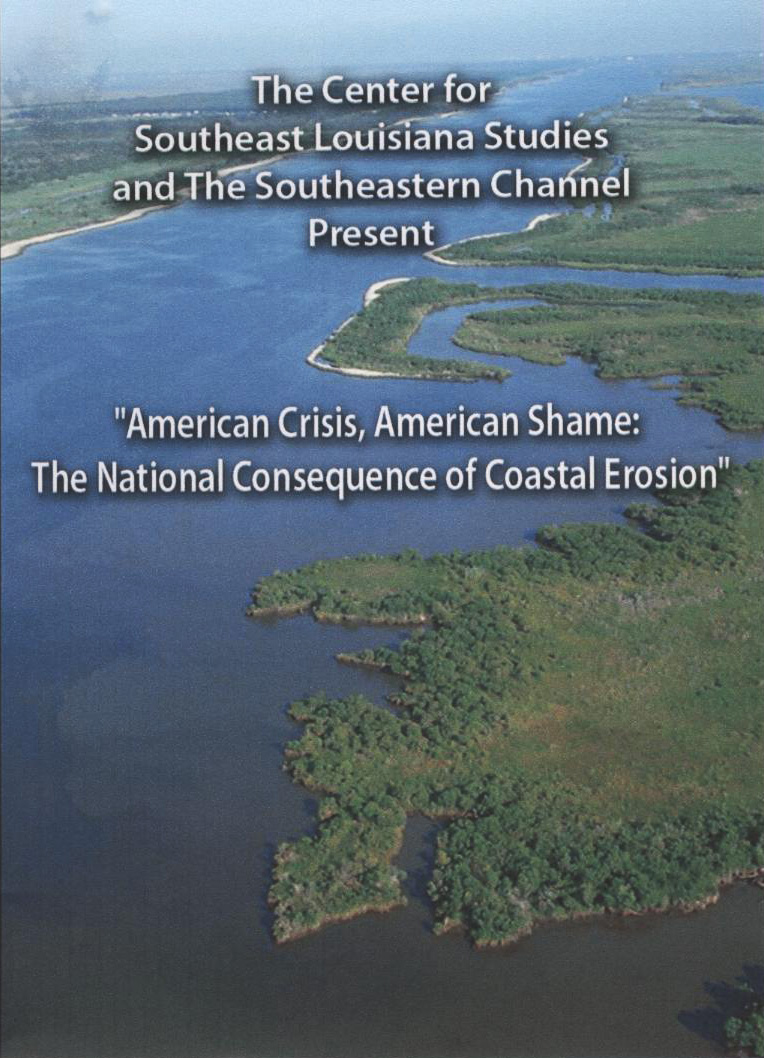 The devastating consequences of Hurricanes Katrina, Rita, and more recently Gustav, have exposed America at the crossroads of incipient crisis. Every 38 minutes a football field-sized portion of the Louisiana coast reverts to open water the clock of destiny is ticking. American Crisis, American Shame explains the emerging catastrophe is not just a Louisiana problem, but also a fundamental threat to national security. Americans must change how they think about their environment and how they spend their money or suffer the consequences .

This Film was Made Possible Through a Grant From the National Oceanic and Atmospheric Administration.

Copies are available at the Center for Southeast La. Studies at SLU free of charge for patrons who come to the Center to pick it up. If mailed, there will be a $5.00 charge for shipping and handling.

Extensive work is in progress revamping the traveling exhibit which highlights the major themes raised by the film. Principal investigator Dr. Samuel C. Hyde, Jr. has delivered a dozen lectures on the project to interested groups across Southeast Louisiana. Hyde was recently heard on the NPR program “Living on Earth” addressing the project.

To date, the film has won the following awards: