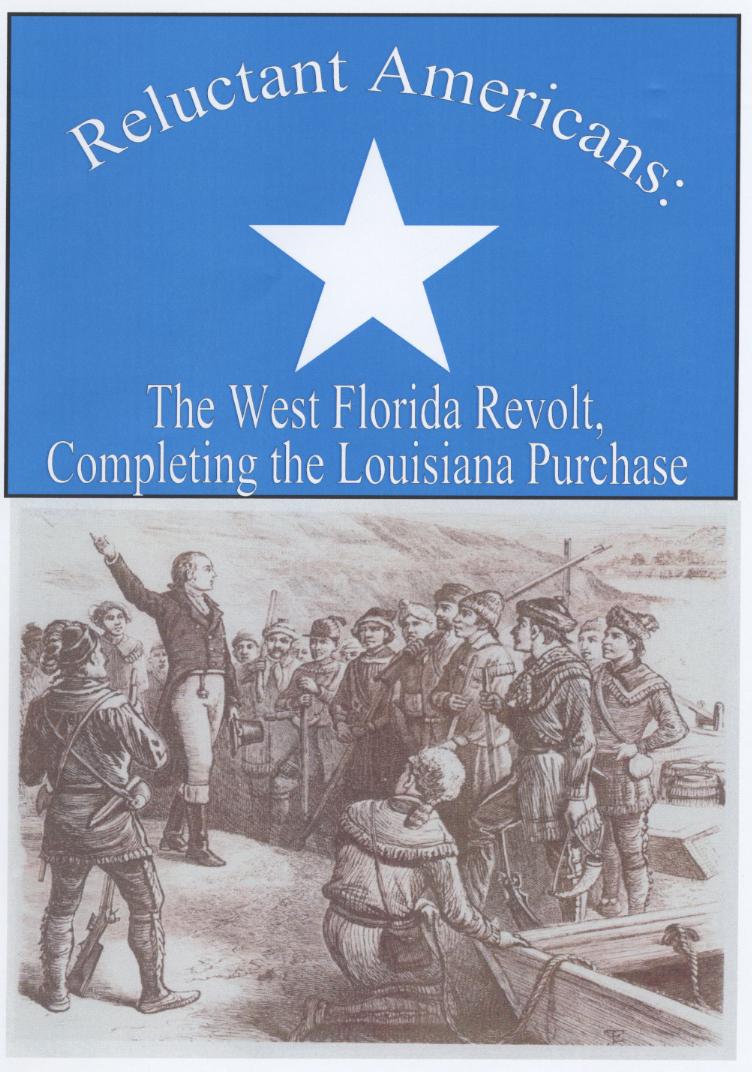 The West Florida Revolt began in the early morning hours of September 23, 1810 when armed rebels stormed the Spanish fort at Baton Rouge. In a sharp and bloody firefight the rebels successfully overthrew the Spanish government that ruled over the Florida Parishes of Louisiana creating the Independent Republic of West Florida in the same region. As a result, the Florida Parishes were plunged into a brief yet violent civil war pitting more established residents against the rebels.

The short lived original “Lone Star Republic” endured for 74 days before being forcibly annexed by the United States, an act that essentially completed the Louisiana Purchase.

For more information about this video:

This video is for sale at the Center for Southeast Louisiana Studies for $20.00.

To obtain a copy of this video by mail, send a check or money order for $25.00 (this includes shipping and handling) to: 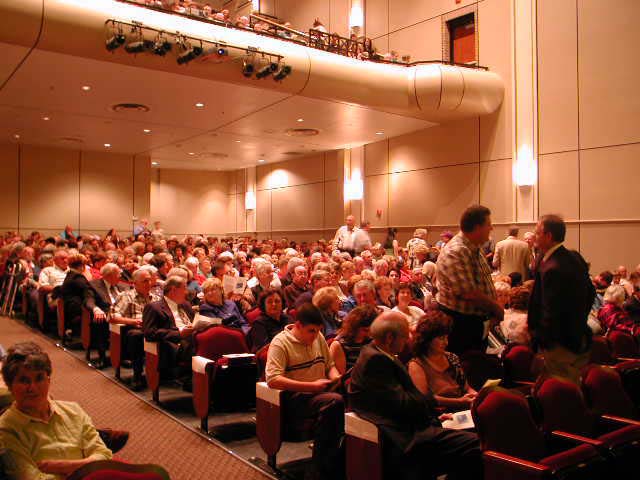 Reluctant Americans debuted in a crowded Columbia Theatre in downtown Hammond, Louisiana as depicted in the above photo.

The following article was written by Fred Batiste and appeared in the the Hammond Daily Star, Sept. 26, 2003:

The Columbia Theatre had the buzz of the famous Mann's Chinese Theater Thursday as
people flowed in anticipating the debut of a new film. However, the film did not star any Academy Award winners or "Matrix"- like special effects, it did tell one important story - the story of the present day Florida Parishes and the West Florida Revolt.Southeastern Louisiana University's Center for Southeast Louisiana Studies held its grand premier for
"Reluctant Americans: The West Florida Revolt, Completing the Louisiana Purchase" before an audience that early filled the Columbia to it's 900-seat capacity. The only thing we're doing is putting our hands in concrete," Center Director Sam Hyde said.Hyde said attendance was beyond expectations. Organizers estimated 400 would show up, but more than double of the estimate came out to watch the documentary-style film."Looking out in the crowd from the stage tonight, I couldn't see any empty seats and there were even people standing in the aisles," Hyde said.The turnout showed him that there is a real hunger for local history in the area, Hyde said. The film shows that citizens of the region have a real and dynamic history."I think people are kind of tired of thinking Louisiana history exclusively from a perspective of New Orleans and Acadiana," he said. "We're proud to get this started tonight ... simply delighted at the size of the turnout."

Beginning at the Columbia, the film will be shown in five of the eight present day Florida Parishes that formed a consortium of tourism commissions to make the film, Hyde said. The other four parishes that joined Tangipahoa Parish in the consortium included Livingston, West Feliciana, St. Helena and Washington. The parishes funded the film through a $35,000 grant earmarked to promote the bicentennial celebration of the Louisiana Purchase. East Baton Rouge, East Feliciana and St. Tammany parishes are the other three present day parishes that make up the Florida Parishes."It tours through the five parishes before we send it off to the History Channel," he said. "Once it goes there, we'll announce it regionally. We're hoping we can get as wide an audience as possible on this."The 22-minute film depicted events that led to the West Florida Revolt of 1810 and eventual annexation by the United States, completing the Louisiana Purchase. Scenes of the movie show rebels uniting before storming a Spanish-controlled fort in Baton Rouge and marching on Springfield to thwart a possible counterattack."It's a story that has not been told yet, and we see this as just the tip of the iceberg," he said. "We believe there's a lot more to be said about this." Hyde is already thinking of a sequel, pointing out to the film's ending. Two follow-up projects are already in the works - one dealing with the Manchac area, and the other dealing with events associated with 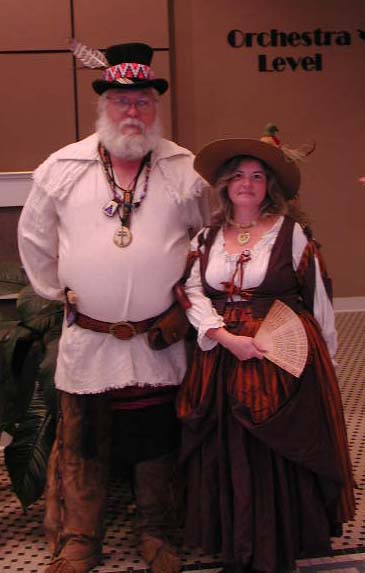 bloody Tangipahoa" and violence in the region in the late 19th century. Both projects have direct ties to the events of the West Florida Revolt."This area sustained the highest rural homicide rates in American history, and we tend to do something to explain what happened," he said about the "bloody Tangipahoa" era.People in attendance stayed for a reception after the viewing, sharing their thoughts on the film.Ed Brown of Hammond, along with wife Mary Levy-Brown and Carole McCollester of Tickfaw, said they were impressed with the film and thought it was good to watch. "It looks like a lot of hard work went into it," Levy-Brown said.The movie is something that should be on public television for the general public to be exposed to, Brownsaid. "The fact that he had all the history down to 22 minutes was spectacular. It had all the essential points and was easily understood," Brown said.She did not know about any of the local history before viewing the film, McCollester said. "I'm originally from the North. Even with the conflict of the Civil War, Northerners often don't know that much," she said. 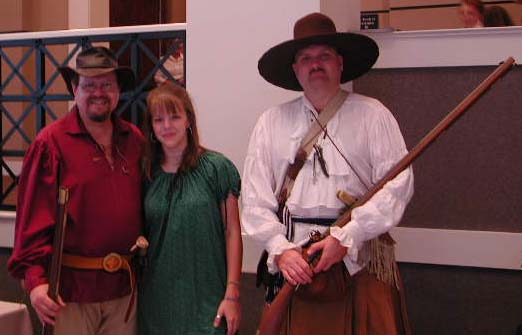 The photos above portray some of the actors in the video wearing costumes of the period.