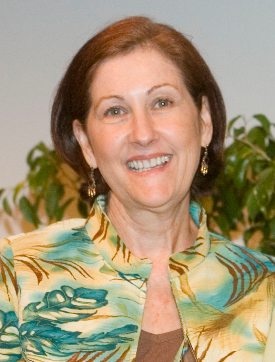 Ms. Mora received a Bachelor of Science degree in elementary Education and Speech Correction from Southeastern in 1972. In 1976, she received a Masters of Arts degree in speech-language pathology from Tulane University. She spent many years in the public schools as a speech-language pathologist and pupil appraisal coordinator. She also worked at Southeastern as the coordinator for a personnel preparation grant for special education early interventionists. Currently, Janet is the Education Program Consultant for Autism for the Louisiana State Department of Education. She is responsible for the provision of professional development and technical assistance on educational services to Louisiana students with autism.

Previous to her present position with the state, Janet was the founding Director of the Chartwell Center in New Orleans. Chartwell is a non-profit school for children with autism and sensory processing difficulties. In addition, Chartwell is a training center for students and professionals who work with children with autism. Southeastern students enrolled in CSD 626, Autism Spectrum Disorders, routinely visit Chartwell Center. Janet personally arranges the visits so the students get to experience every aspect of the center.

Having a niece diagnosed with autism was the initial impetus for Janet's quest to learn as much as she could about the disorder. Over the years, she has developed training materials, teaching techniques, and delivered in-service training programs on the topic. She has also translated training materials into Spanish and presented in-service training to professionals in El Salvador. She has co-authored an instructional text which is in its second edition and also co-authored a number of articles about autism and sensory integration which have been published in professional journals.

Janet has given many presentations at the local, state, national and international levels. She often returns to Southeastern as a guest lecturer and to address members of the National Student-Language-Hearing Association. Janet's knowledge and empathy for individuals and families of individuals with autism is well recognized and her advice and counsel is often sought and given willingly and freely.