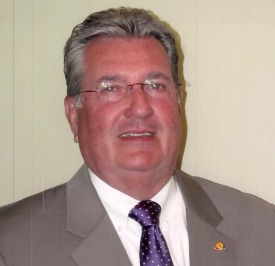 Ken Jenkins is a dual graduate of Southeastern, receiving an undergraduate degree in Health and Physical Education in 1966, and a master's degree in Educational Administration in 1969.

He has a long distinguished career in the East Baton Rouge Parish School system as a teacher, coach, assistant principal and supervisor. He served many years as the system's Supervisor of Health, Physical Education, Driver Education and Athletics, and at the time of this award was the system Director of Student Activities.