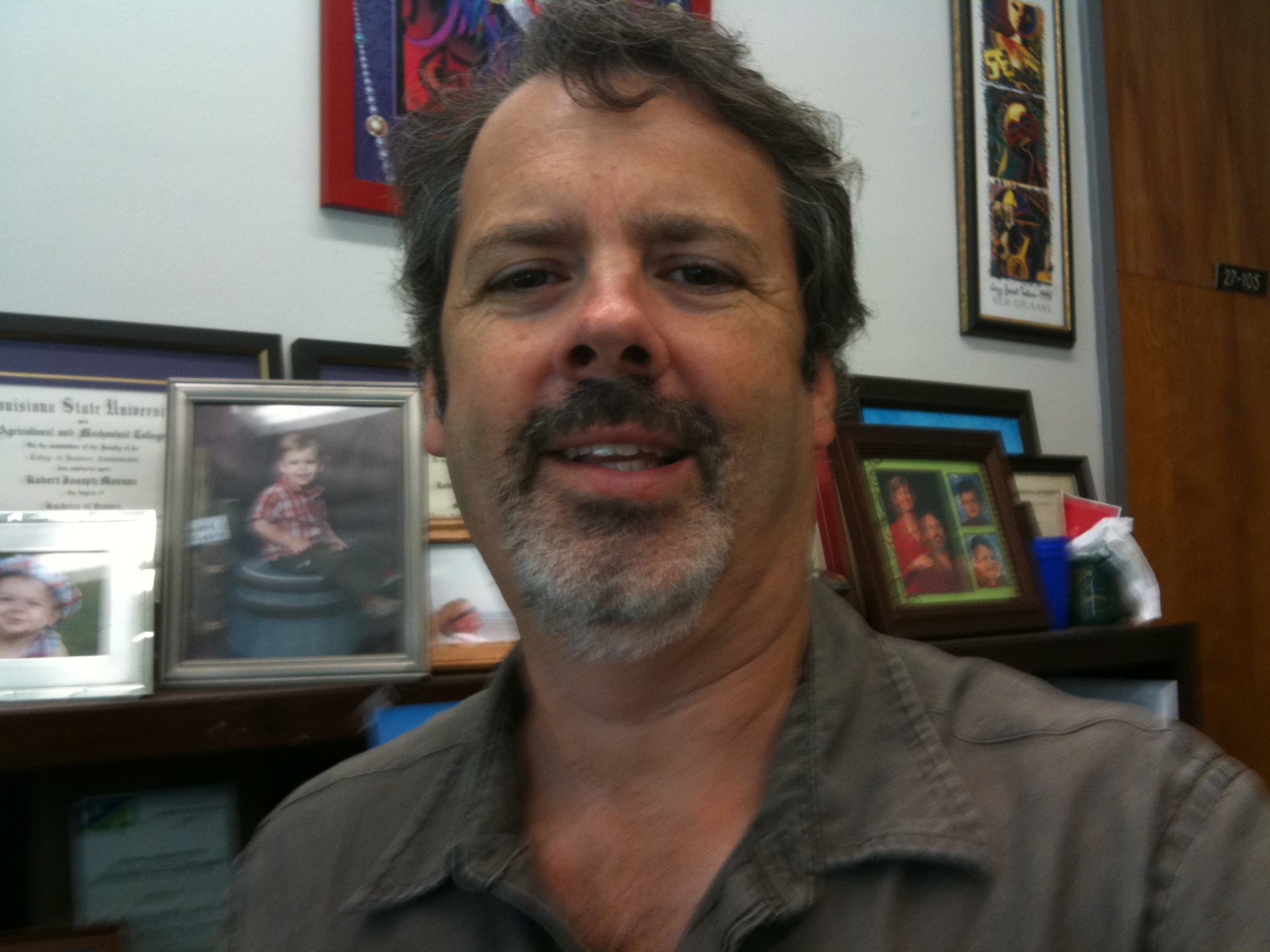 Rob has served at Turtle Cove since 1997, and he became the station's Manager in 2001. In addition to overseeing daily operations and budget matters, he also leads some of the education, public outreach, and restoration field trip groups to Turtle Cove.  Rob is also the host of two of the Southeastern Channel's community programs: (1)  Backyard Wonders, a show that highlights the "natural wonders" of Southeast Louisiana, and (2) Northshore Gems, spotlighting some of the real treasures of the Northshore area. He teaches two environmental classes at Southeastern: Environmental Management: The Greening of Business (GBIO 690/MGMT 620, co-listed with the Biological Sciences and Business Departments at the graduate level) and Environmental Awareness (GBIO 281, offered through the Biological Sciences Department at the undergraduate level).

Since 1986, Hayden has been the main force who keeps Turtle Cove running smoothly. He is in charge of the station's boats, equipment, and facilities, and he regularly inspects all of these to ensure everyone's safety. Hayden also serves as a research guide to researchers when needed, tells lots of stories about the history of the swamp.  Hayden can identify (and catch---and cook) anything and everything crawling, oozing, and swimming in the area, and his culinary skills are well known and highly regarded, especially when he fries fresh catfish or slowly simmers a seafood gumbo or big black pot of chicken and sausage jambalaya for some of our special events.

Our current Turtle Cove Graduate Students for Summer and Fall of 2017, who are actually GA's from the Department of Biological Sciences who work for Turtle Cove while getting their masters degrees, are Tim Borgardt (timothy.borgardt@southeastern.edu) and Shelby Barrett (shelby.barrett@southeastern.edu).

Fred just recently retired, having served with Turtle Cove since 1994. He has a Bachelor's in Biology (1996) from Southeastern Louisiana University. In 1995, he began managing a federal grant for a marsh restoration project comprised of two major activities: 1) deploying Christmas trees to build sediment levees and 2) planting new various marsh grass seedlings and cypress trees to regrow areas of the wetlands around Turtle Cove. As an alum of Southeastern you can still email Fred if you have questions on the marsh restoration he did on West Jones Island (Tangipahoa Parish) and in "the Prairie" in the Manchac Wildlife Management Area of St. John Parish. For the 15 year life of these two projects, over 35,000 Christmas Trees were deployed and over 25,000 marsh grasses and cypress trees were planted.