The Manchac Swamp: Manmade Disaster in Search of a Resolution 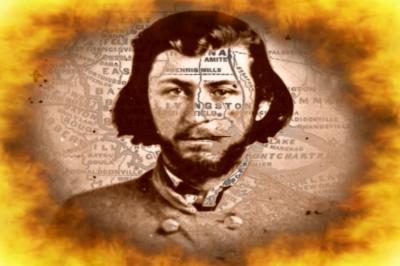 In 2005, the Center for Southeast Louisiana Studies branched out to local media with the "Florida Parish Chronicles." This project is a Center-created television show written and narrated by Dr. Sam Hyde. The brainchild of Rick Settoon, general manager of the Southeastern Channel, the program has won three national awards.

Dr. Hyde continues his travels across the Florida parishes bringing the region's colorful history to life on the small screen.Topics have included a two-part assessment of the Civil War and a powerful depiction of the civil rights struggle in southeast Louisiana.

The latter program featured never-before-seen photographs and amateur film footage of the 1967 civil rights march from Bogalusa to Baton Rouge, organized by A.Z. Young. Following the airing of that episode, both the Center and the Southeastern Channel were swamped with calls from local residents offering praise for the well-rounded handling of the sensitive subject.

“Florida Parish Chronicles” remains a popular program on the Southeastern Channel, ensuring that the Center's reach extends beyond academics. What better way to spark interest in area history than to bring the compelling story of the Florida parishes into the living rooms of thousands?

Check your local cable listings or visit The Southeastern Channel for air times.