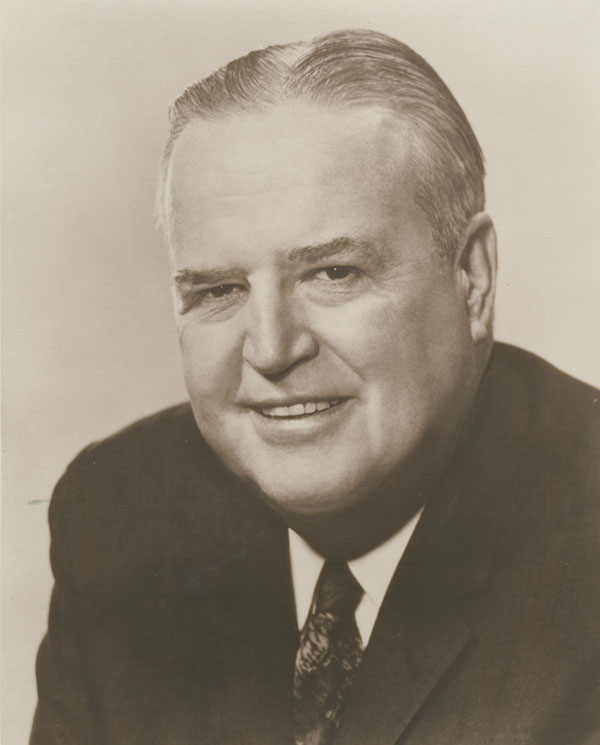 James Hobson Morrison was born in Hammond, Louisiana, on December 8, 1908. His parents were Benjamin M. Morrison, a local merchant and banker, and Florence Hobson of Greensboro, Alabama. He had two sisters, Sally Pearson (Mrs. Harry B. Lee) and Margaret Williams (Mrs. Benjamin E. Pierce). His uncle, Richmond Pearson Hobson, was a Spanish-American War naval hero and later served in Congress from Alabama.

Morrison was educated in the public schools of Hammond and received his law degree from Tulane University in 1934. That same year he was admitted to the bar and began his law practice in Hammond. In 1937, as attorney for the newly organized Louisiana Farmers Protective Union, he composed their charter and began a promotion campaign for them which made him the hero of union members in the strawberry belt.

In 1940 Morrison married Marjorie Abbey of Webb, Mississippi. They have two sons, James Hobson, Jr., and Benjamin Abbey. Drawn to politics as a career, Morrison ran unsuccessfully for state senator in 1936 and for governor in 1940 and 1944, but his race for a seat in the seventy-eighth Congress was successful. He was reelected eleven times, serving from January 3, 1943 until January 3, 1967 as Representative from Louisiana's Sixth District.

In retirement, Morrison practiced law in his hometown where he was active in civic affairs. He donated his Congressional papers to Southeastern Louisiana University's Archives and Special Collections. His invaluable photographic collection of national leaders, family, friends, campaigns, and other events, and furnishings from his Congressional office, are on display on the third floor of Linus A. Sims Memorial Library in the Morrison Room.

A patron of the Center for Southeast Louisiana Studies and supporter of Southeastern Louisiana University, “Mr. Jimmie” succumbed to a long illness on July 20, 2000. In 1995, Dr. John Miller, Dean of the College of Arts and Sciences, inaugurated a lecture series honoring the long-time Florida Parishes congressman.

Each year, the James H. Morrison Lecture on Politics and Government presents national, state and local political leaders exploring critical and topical events pertaining to public policy. Sponsored by the Center for Southeast Louisiana Studies along with the College of Arts and Sciences, the Morrison lecture honors the late James H. “Jimmy” Morrison, the Hammond native who represented Louisiana's Sixth Congressional District in the U.S. House of Representatives from 1943-1967.